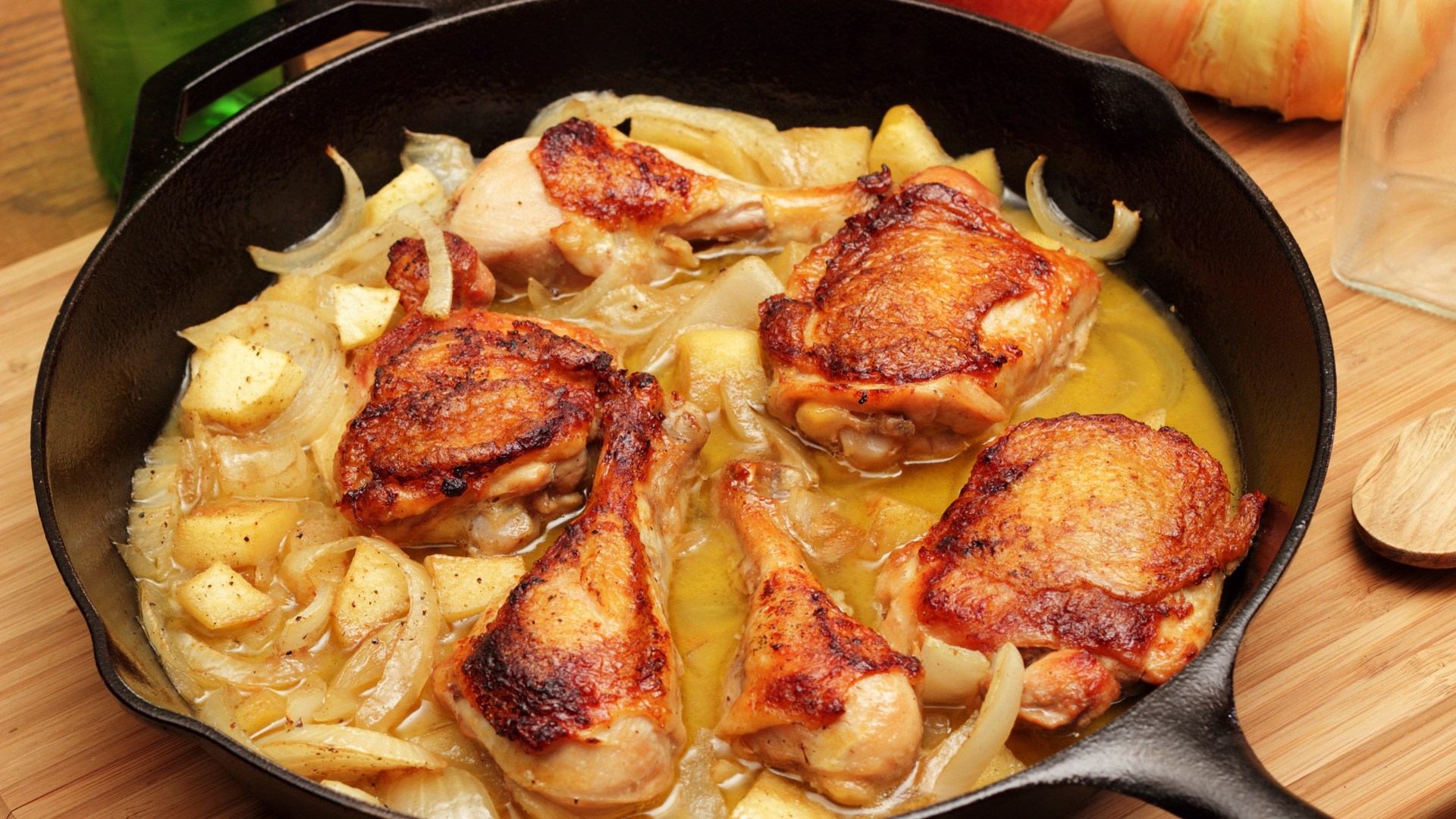 Tired of the same old roast chicken and can’t come up with any fresh ideas? Here’s an easy, healthy spiced chicken and apples recipe that’ll knock your socks off.

Preheat oven to 375 degrees. Place chicken between two pieces of parchment paper and pound to an even thickness of 1/2 to 3/4 inch. Mix 1/2 teaspoon of cinnamon with the other spices and rub all over the chicken. Press to make sure the rub adheres to the chicken. Add oil to oven-proof skillet and heat over medium-high heat. Add chicken and cook until it is seared. Transfer skillet to oven and bake for about 15 minutes or until chicken is not longer pink inside.

Slice apples and put with water, raisins and cinnamon in another pan over medium-high heat. Cook until apples begin to brown. Remove from heat. Add butter, stir and cover until ready to serve with Spiced Chicken.

Why We Love It

Most people don’t realize it but chicken and cinnamon go really well together for a taste that’s wholly new. Plus, this healthy chicken and apple recipe incorporates cinnamon, a powerful SuperFood spice with many health benefits. Add raisins and apples to the cinnamon chicken and voilà, you’re ready to impress your guests!