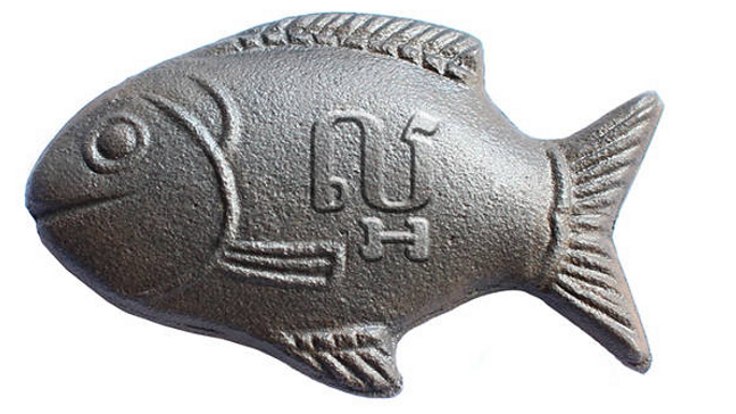 Anemia is the most common nutritional problem in the world. It mainly affects women of child-bearing age, teenagers and children. The World Health Organization estimates that two billion people of the world’s population are anemic, mostly due to iron deficiency.

In developing countries, nearly 50% of women and children suffer from anemia, which is caused by iron deficiency. Iron supplements often don’t work because they are not affordable or because the side effects cause people to stop taking them.

When Canadian Dr. Christopher Charles visited Cambodia six years ago, he was distraught by how small, weak and undeveloped the children there were, mainly due to iron deficiency. He also saw women suffering from fatigue and headaches that left them too sick to work. Pregnant women faced the worst consequences of anemia before and after childbirth, including hemorrhaging.

Dr. Charles made up his mind to find the cure for anemia and became obsessed with iron. He remembered old research, which showed that cooking in cast iron pots increased the content of iron in food, so he put a lump of iron into a cooking pot. He even shaped his invention after the fish that’s commonly eaten in Cambodia and is also a symbol of good luck. He designed this fish to release iron at just the right concentration. All the residents in the village had to do was boil water or soup with the fish for at least 10 minutes and eat their food with lemon juice (citrus helps the body absorb iron). If used every day in the correct way, Dr. Charles said it should provide 75% of an adult’s daily recommended intake of iron and even more for a child.

Miraculously, the iron fish worked! After testing on several hundred villagers, nearly half the people who used it are no longer anemic after 12 months.

The Lucky Fish Project, spearheaded by Dr. Charles, not only makes this iron fish but also plans to get enough fish to every part of the world that needs food. This includes, the U.S., Canada and Europe.