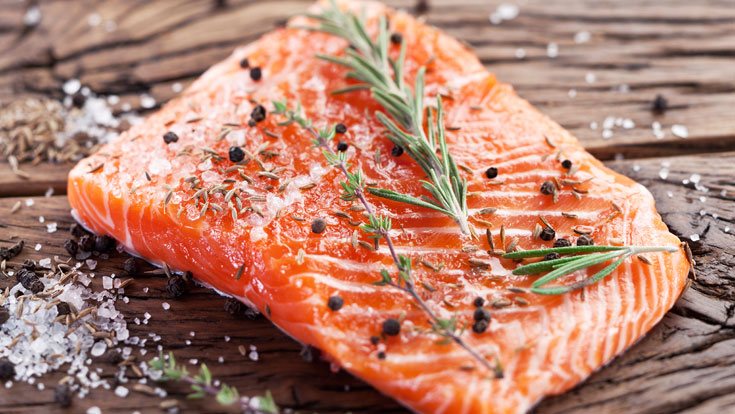 Not so long ago, people believed fat was a murderous monster and the ideal diet was completely devoid of daily fat whatsoever. Fat-free salad dressings, non-fat cakes and cookies, and non-fat soups and casseroles abounded. Even bottles of fruit juices proudly trumpeted “a fat-free food” on their labels. (Was there ever a fatty cranberry juice?)

Why this fear of fat? It all started as a well-intentioned campaign to improve health. The second half of the 20th Century saw an alarming epidemic of heart disease. Countless studies sought reasons for this epidemic, and it became clear that smoking, a sedentary lifestyle, and a high-fat diet were linked to the rising tide of cardiovascular disease. The lesson was obvious: To reduce your risk of heart disease, a major killer, you should cut as much fat as possible out of your diet. Cholesterol became a household word and Americans became fat-phobic.

It’s taken years for the more complicated and interesting truth to emerge. First, research indicating that all fat is not bad began to reach the public. We all needed an education in dietary fat and, bit by bit, we got one. In a nutshell, we learned that we derive four basic types of fat from food — saturated fat, trans-fat (partially hydrogenated oils), monounsaturated fat and polyunsaturated fat.

One researcher, writing in the Journal of the American Dietetic Association, concluded that “reducing dietary intake of saturated fatty acids may prevent thousands of cases of coronary heart disease and save billions of dollars in related costs. There’s little positive about saturated fat, and it should make up no more than 7 percent of your fat calories per day.

Trans-fats—listed on food labels as “partially hydrogenated vegetable oil”—are also bad, even worse than saturated fat. Trans-fats were created by chemists seeking a fat that would store better than animal fats in an attempt to lengthen the shelf life of foodstuffs.

Remember, there are good fats. The good guys in the fat family are the monounsaturated fats—the kind found in olive and canola oils. These fats not only protect your cardiovascular system, they also lower the risk of insulin resistance, a physiologic state that can lead to diabetes and possibly cancer.

Finally, we come to polyunsaturated fatty acids. Both omega-6 (linoleic, or LA, fat) and omega-3 (alpha-linolenic, or ALA, fat) are so-called essential polyunsaturated fatty acids (EFAs). Our bodies cannot manufacture these two fats and we must rely on dietary intake to avoid a deficiency in these essential fats. Omega-6 fatty acids are present in corn, safflower, cottonseed and sunflower oils. Virtually no one in America is deficient in these ubiquitous fatty acids. If you look at almost any packaged food, you’re going to see one of these oils as an ingredient.

Omega-3 fats come in two distinct forms: plant-derived (ALA) and largely marine species derived (EPA/DHA). With each passing month, additional studies are being published about the health benefits of omega-3s. Unfortunately, many Americans are currently deficient in this group of essential fatty acids. Omega-3 fatty acids—the ones that help make wild salmon a SuperFood—aren’t included in adequate amounts in our diet, partly because of lack of knowledge on the part of the public and also because they’ve been “processed out” of our modern diet. This deficiency has long-term and disastrous health consequences for many people. William S. Harris wrote in the American Journal of Clinical Nutrition: “In terms of its potential impact on health in the Western world, the omega 3 story may someday be viewed as one of the most important in the history of modern nutritional science.” Dr. Evan Cameron, from the Linus Pauling Institute, has said: “Our epidemic of heart disease and cancer may be the result of a fish oil deficiency so enormous we fail to recognize it.”

The bottom line: it’s not just okay to include omega-3 fatty acids in your diet, it’s imperative to do so if you want to restore critical balance in your body. Wild salmon is one of the richest, tastiest, readily available sources of marine-derived omega-3 fatty acids. By including wild salmon in your diet two to four times a week you could achieve optimal protection against a multitude of diseases that have been associated with low intakes of these critical fats. 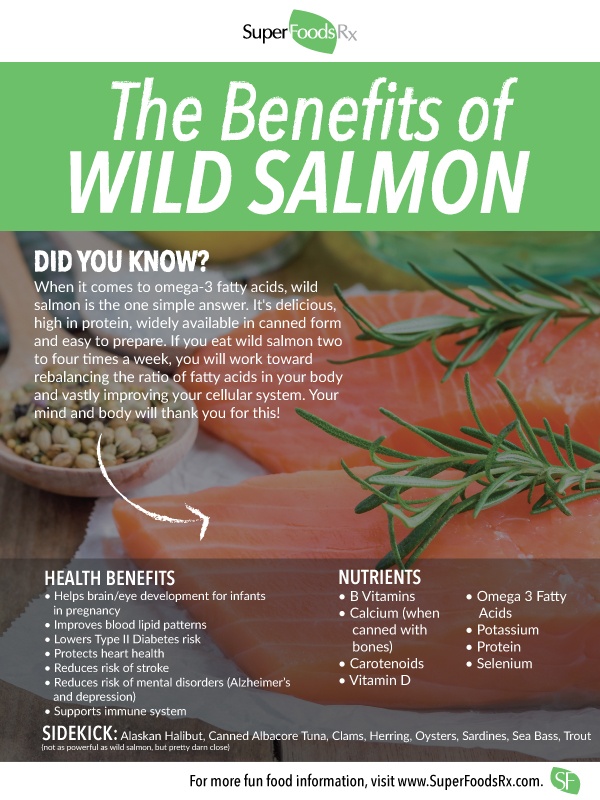