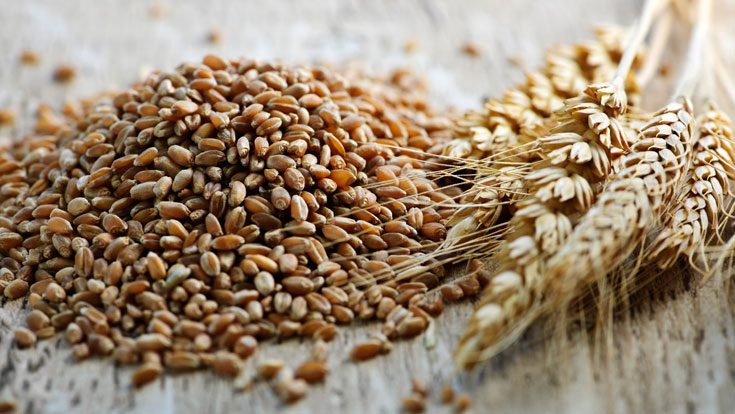 What are whole grains? And do you need them? A whole grain, whether it’s oats, barley, wheat, bulgur, or a host of others, contains every part of the grain — and it’s VERY healthy for you.

The three parts include:

• The Bran – a health-promoting, fiber-rich outer layer that contains B vitamins, minerals, protein, and other phytochemicals.

• The Endosperm – the middle layer that contains carbohydrates, proteins, and a small amount of B vitamins.

• The Germ – the nutrient-packed inner layer that contains B vitamins, vitamin E, and other phytochemicals.

It’s the synergy of these three components that makes whole grains life sustaining.

Refined carbs have been stripped of most of their health-promoting parts. When grains are “refined” to make white flour or white rice, for example, the bran and the germ, and all their powerful nutrients, antioxidants, and phytonutrients are stripped away, leaving a starchy substance that is to whole grain what soda is to 100 percent fruit juice. They can make it into bread, but they can’t make it healthy!

Why Whole Grains Are Important

Whole grains are essential to health. They provide fiber, vitamins, minerals, phytonutrients, and other nutrients that are simply not available in any other effectively synergistic package. All healthy diets rely on them. In fact, men and women who eat whole grains have a reduced risk of twenty types of cancer, according to a 1998 review of forty observational studies, published in the journal Nutrition and Cancer.

Whole grains also benefit the heart, according to an analysis of data from the Iowa Women’s Health Study, a nine-year study of more than 34,000 postmenopausal women. When all other factors were considered, it was found that women who ate a serving or more of whole-grain foods each day had a 14 to 19 percent lower overall mortality rate than those who rarely or never ate whole grains.

Likewise, whole grains and nuts are the two major sources of whole food vitamin E, and vitamin E intake from food (not supplements) has been inversely related to the risk of stroke.

Whole grains have also been linked to a reduction in the risk of strokes. In the Nurses Health Study, among the group that never smoked, a median intake of 2.7 servings of whole grains a day was associated with a 50 percent reduction in the risk ischemic stroke. Given that less than 8 percent of adults in the United States consume more than three servings of whole grains a day, it’s clear we are missing a major opportunity. When you consider that in the United States, strokes are a leading cause of morbidity and death, with an estimated 700,000 strokes annually costing roughly forty billion dollars a year, you can see that convincing Americans to add the SuperFood oats and other whole grains to their diet is well worth the effort.

One study in the Journal of the American Medical Association reviewed young adults and found those with the highest fiber intake had the lowest diastolic blood pressure readings. Hypertension is consistently the most important risk factor for stroke. Researchers estimated that a 2-millimeter decrease in diastolic blood pressure would result in a 17 percent decrease in the prevalence of hypertension and a 15 percent reduction in risk for stroke. Whole grains form an important part of the DASH diet that has repeatedly been found to lower blood pressure.

Despite the fact that whole grains form the base of most food pyramids, indicating that they should be a significant part of our diet, many Americans fail to eat even one whole-grain serving a day. It really is a tragedy that we consume so few whole grains and so many refined grains. If we could shift that balance, we would all be far healthier.