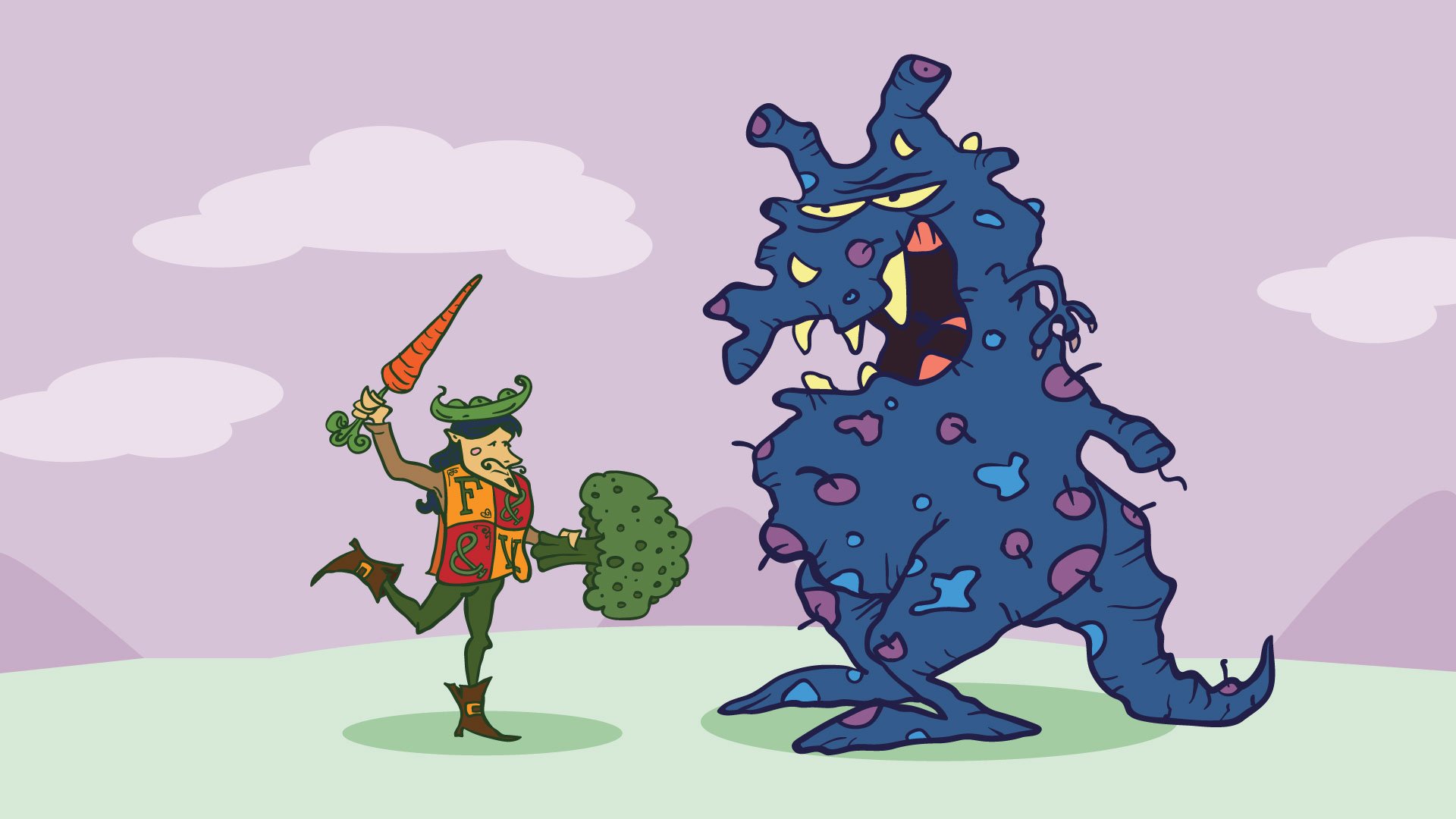 What are antioxidants? We hear the term all the time, but what they are and how they work can seem confusing. Don’t worry — we break it down for you.

Antioxidants are protectors of our DNA. Think of them as a fierce brigade of brave warriors standing guard both outside and inside a castle protecting the royalty — with our cells being the castle and our DNA being the royalty inside. As free radicals (a.k.a. invading demons) try to rush in to destroy everything, they’re halted by the brute strength of the antioxidants (a.k.a. the knights). The more antioxidants our bodies have on hand, the more powerful the force against the free radical insurgence.

Our bodies are heat-generating machines that depend on oxygen to carry out basic metabolic functions. One of the by-products of this use of oxygen, or “oxidation,” is oxygen molecules that have been transformed into what are known as “free radicals.” Free radicals are generated by the body’s own metabolic systems. In addition, the environment is teeming with them in the form of cigarette smoke, pollution, certain foods, and chemicals. Even your drinking water and the sun that warms your face are creating free radicals.

These free radicals, which are constantly proliferating throughout our bodies, are missing an electron. This makes them highly unstable. Driven to restore the missing electron, they seek out replacement molecules from whatever neighboring cells they can attack. Sometimes their targets are DNA, sometimes enzymes, sometimes important proteins in neighboring cells, and sometimes they attack the cell membrane itself. It’s been estimated that each cell experiences ten thousand free-radical hits each day.

Clearly, no living being could survive for long without some powerful defense system. Antioxidants are the foot soldiers in the battle to disarm free radicals in our bodies. They neutralize free radicals and, in effect, minimize their threat by giving up an electron in an effort to stabilize them. Stabilized, the free radicals are no longer a threat to cellular health.

Scientists now believe that successfully combating free radicals, and the damage they instigate, is one of the keys to long-term health. In other words, we now know that it’s no longer just genetics or medical advances that are responsible for your longevity and your ability to avoid chronic disease: it’s your body’s ability to handle free radicals.

It’s this idea—that the body benefits immeasurably from a constant rich infusion of phytonutrients, as well as all macro- and other micronutrients—that is one of the cornerstones of SuperFoodsRx. Identifying the richest sources of micronutrients in foods is one of its important features.