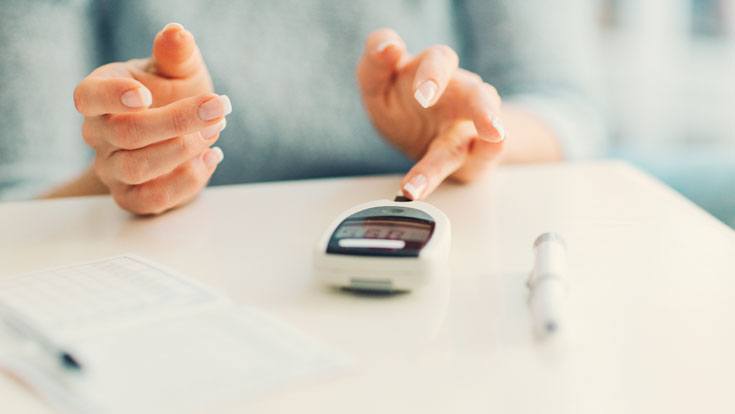 Many people make quick assumptions about nuts being bad for you because they are high in fat and calories, but the more we study these gems (and there are many types of great nuts, not just walnuts — which is the SuperFood nut), we find they are beneficial in many areas of health.

For instance, there was great excitement in the press very recently when researchers from Harvard studied more than 83,000 women and found that those who reported eating a handful of nuts or two tablespoons of peanut butter at least five times a week were more than 20 percent less likely to develop adult onset (type II) diabetes than those who rarely or never ate nuts.

Type II diabetes develops when the body cannot properly use insulin. It’s often a result of a poor diet and sedentary lifestyle. Unfortunately, Type II diabetes is on the rise in the U.S., even among children.

The speculation is that the results of the Harvard study apply to men as well as the women whose health was monitored for up to 16 years.  The findings show us that it’s not only the “good” fat in the nuts that work on heart health, but the fiber and magnesium in nuts help maintain balanced insulin and glucose levels.

Below is an article from our partners at Reuters that covers the research.

Nuts Instead of Carbs May Aid Diabetes Control

(Reuters Health) – Replacing that daily muffin with a handful or two of nuts may help people with diabetes better control their blood sugar and cholesterol levels, a new study suggests.

Researchers found that when people with type 2 diabetes replaced some of their usual carbohydrates with about a half-cup of mixed nuts each day, the study participants’ blood sugar and “bad” cholesterol levels dipped slightly over three months.

In contrast, no such improvements were seen among people who swapped their normal carbs for a daily whole-wheat muffin.

The findings, published in the journal Diabetes Care, do not mean that nuts are the key to diabetes control, the authors say.

“We should be focusing on overall diet and lifestyle,” Cyril W.C. Kendall of the University of Toronto in Canada, one of the researchers on the study, told Reuters Health.

The point, he said, is that “nuts can be part of a healthy diet.”

“They have a lot of fat, but we now realize that those fats are healthy ones,” Kendall added, referring to the unsaturated fats that have been linked to a lower risk of heart disease and other health benefits.

Still, nuts are high in calories, and people with diabetes should not simply add a handful to their usual diet, according to Kendall.

“They could use them instead to displace some of the less healthy snacks they usually have,” he said.

For the study, Kendall and his colleagues randomly assigned 117 adults with type 2 diabetes to one of three groups: One group was given unsalted mixed nuts and told to eat them instead of some of their usual carbs; a second group replaced their normal carbs with “healthy” whole-wheat muffins with no added sugar.

The third group went on a half-nut/half-muffin regimen.

The “full-nut” group ate, on average, about 2 ounces (or a half-cup) of nuts per day, which totaled roughly 475 calories.

After three months, the researchers found, the full-nut group showed a 0.2 percent dip in their average hemoglobin A1C level — a measure of long-term blood sugar control.

The change was small, and “just shy,” Kendall said, of what is considered a “clinically significant” improvement in blood sugar control.

But, he added, people in the study were already on diabetes medication and typically had good blood sugar control. “So we’re seeing a benefit over and above what they were achieving with medication,” Kendall said.

As for cholesterol, the nut group’s average LDL cholesterol — the “bad” kind — declined from about 97 milligrams per deciliter to 89 mg/dL. (An LDL count below 100 mg/dL is generally considered optimal.)

No similar improvements were seen in the other two groups.

It’s not clear why the full-nut group showed better blood sugar and LDL numbers. Kendall said he suspects it is largely because of the monounsaturated fats in nuts.

“But,” he added, “they also have protein, there’s a little fiber, and some polyphenols.” Polyphenols are antioxidant compounds found in a wide range of plant foods.

The bottom line for people with diabetes, Kendall said, is to remember that diet and other lifestyle habits, like regular exercise, matter. “Diet is very important, even if you are taking medication.”

For people who are not crazy about nuts, there are other sources of monounsaturated fat, like olive oil and avocados. While this study did not look at those foods, Kendall said it would be a wise move to replace some carbs with those fats.

Another question is whether the blood sugar and cholesterol changes linked to eating nuts last over time — and whether they translate into lower rates of heart disease or other diabetes complications.

Studying that is difficult, since very large groups of people would have to be followed over years — a very expensive undertaking, Kendall noted.

“But,” he said, “I think these long-term studies are important to do.”

The current study was partially funded by the International Tree Nut Council Nutrition Research & Education Foundation and the Peanut Institute, both industry groups.