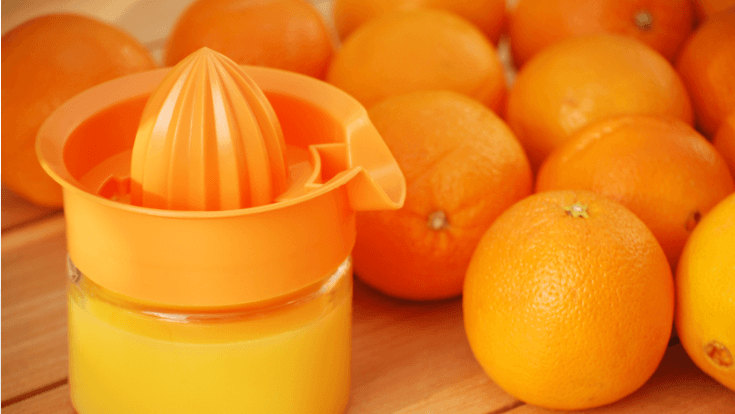 Flavonoids are a class of polyphenols found in fruits, vegetables, legumes, nuts, seeds, grains, tea, and wine. There are over 5,000 flavonoids that have been identified in scientific literature, and we’re learning more about them every day.

Citrus flavonoids, which are found in the fruit’s tissue, juice, pulp, and skin, are one of the reasons for the health-promoting attributes of citrus and the reason that the whole fruit is so much more healthful than the juice.

Two of the flavonoids in citrus—naringin in grapefruit and hesperidin in orange— occur only rarely in other plants and are thus essentially unique to citrus. The power of citrus flavonoids is dazzling. They’re antioxidant and antimutagenic. The latter refers to their ability to prevent cells from mutating and initiating one of the first steps in the development of cancer and other chronic diseases. This is accomplished by their apparent ability to absorb ultraviolet light, protect DNA and interact with carcinogens. Citrus flavonoids have been shown to inhibit cancer cell growth, strengthen capillaries, act as an anti-inflammatory, and they are antiallergenic and antimicrobial. Flavonoid intake is inversely associated with the incidence of heart attack and stroke as well as a host of other ailments.

We are certain that an orange a day promotes cardiovascular health. The Framingham Nurses Health Study found that drinking one daily glass of orange juice reduced the risk of stroke by 25 percent. Countless other studies have confirmed similar benefits from regular consumption of citrus. We’re beginning to understand that, as with so many SuperFoods, it’s the synergy of multiple foods and the variety of nutrients they contain that combine to amplify and intensify individual benefits.

For example, oranges are rich in vitamin C. The benefits of oranges also lie in their content in flavonoids, such as hesperidin, that work to revive vitamin C after it has quenched a free radical. In other words, the hesperidin strengthens and amplifies the effect of vitamin C in your body. In an interesting human clinical trial, orange juice was shown to elevate HDL cholesterol (”good” cholesterol) while lowering LDL (“bad”) cholesterol.

The fiber in oranges is another major contributor to heart health. Citrus fruit (especially tangerines) are one of the richest sources of high-quality pectin—a type of dietary fiber. Pectin is a major component of the kind of fiber that is known to lower cholesterol. Pectin is also helpful in stabilizing blood sugar. A single orange provides 3 grams of fiber, and dietary fiber has been associated with a wide range of health benefits. About 35 percent of Americans consume their fruit only in juice form. In most cases, their health would benefit if they added whole fruit to the mix whenever possible.