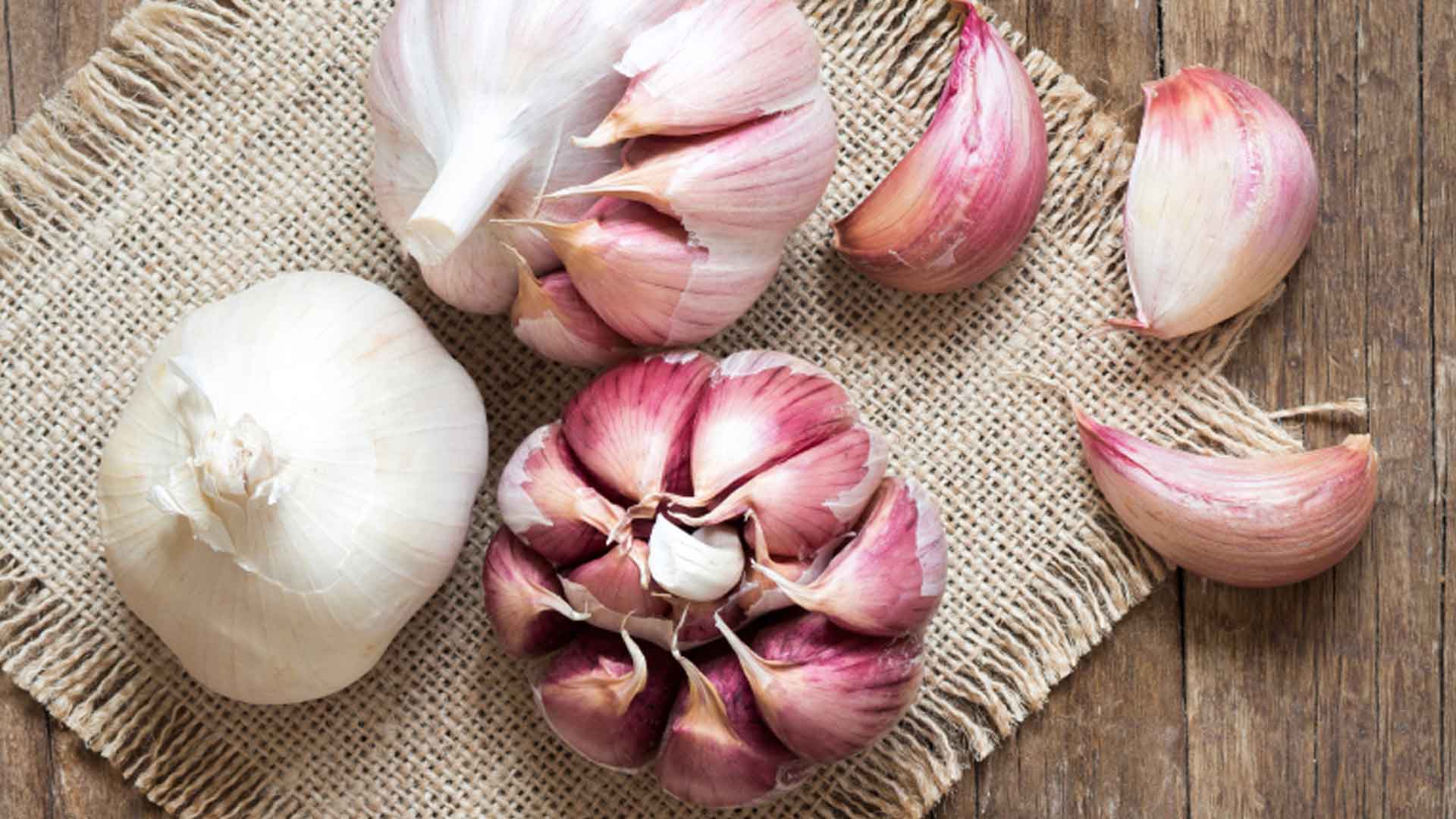 Garlic, a small and humble-looking vegetable, plays a huge role in the major cuisines of the world. It’s hard to imagine Italian, French, or Asian cooking without it.

However, the big news on garlic isn’t its ability to flavor a dish, but rather its considerable role as a health promoter. Recent findings on the power of garlic in fighting cancer and cardiovascular disease, as well as its anti-inflammatory and antiviral properties, give garlic the credentials to elevate to SuperFood status.

Garlic, a member of the lily, or allium, family, traces its origins to Central Asia. Garlic is a major flavoring agent, particularly in Mediterranean cuisine, but as far back as 2600 B.C., it was used by the Sumerians as medicine. One of the oldest cultivated plants in the world, garlic was recognized by early civilizations as a source of strength and was even mentioned in the Bible. Indeed, throughout the history of civilization, the medicinal properties of garlic have been prized, and it’s been used to treat ailments, including atherosclerosis, stroke, cancer, immune disorders, cerebral aging, arthritis, and cataracts.

The benefits of garlic come from its rich variety of sulfuric compounds. Of the nearly one hundred nutrients in garlic, the most important in terms of health benefits seems to be the sulfur compound allicin—an amino acid. Allicin is not present in fresh garlic, but it is formed instantly when cloves are crushed, chewed, or cut. Allicin seems to be responsible for the superbiological activity of garlic as well as its odor. In addition to allicin, a single clove of garlic offers a stew of compounds with potential health benefits, including saponins, phosphorus, potassium, zinc, selenium, polyphenols, and arginine. In addition to these compounds, garlic is a good source of vitamin B6 and vitamin C. As with most whole foods, garlic’s antioxidant and anti-inflammatory abilities are probably due to the sum of the whole rather than a single agent. 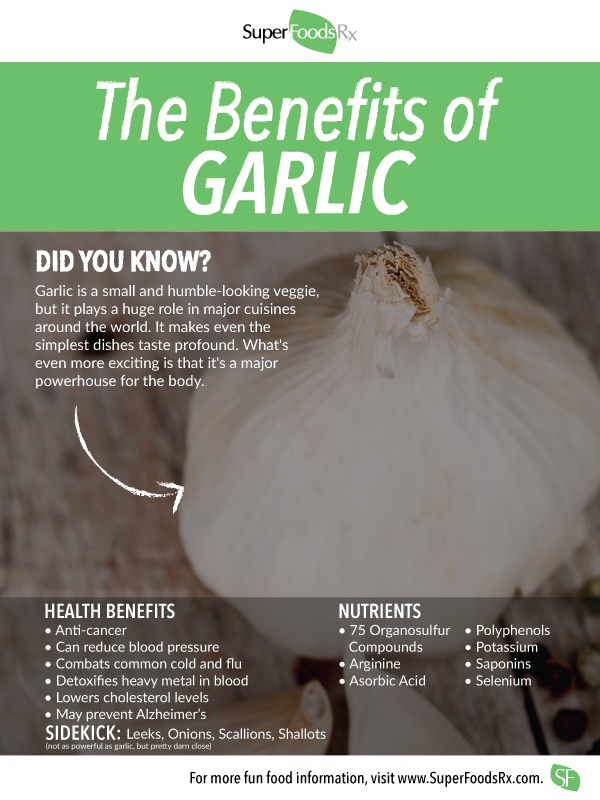