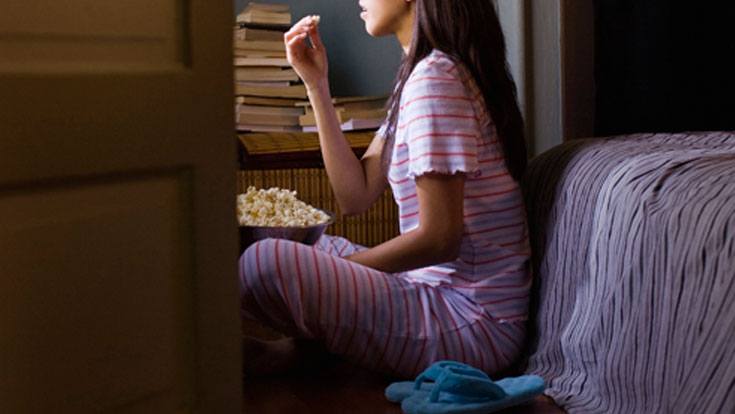 Physical inactivity is a greater health risk than tobacco smoke.

A scientific study of 1,500 people found that those who increased their time in front of the television gained an average of nine pounds over the course of the study.

If you are trying to lose or maintain your weight, you need to turn off your television and computer and put down your phone. If watching TV and playing computer games are your main hobbies, you’re most likely not moving enough. You’re probably also consuming too many calories without even noticing. We call this phenomenon “screen obesity.”

The easiest way to disconnect from the television and computer is by stepping outside.

Aim for at least 30 minutes of walking a day and work your way up to 10,000 steps. Exercise not only helps with weight-loss and weight control, but it also slows the deterioration of your brain. Don’t let too much time in front of the boob tube ruin your body and brain. Just take a walk instead!

Find out how much exercise you really need in a day.