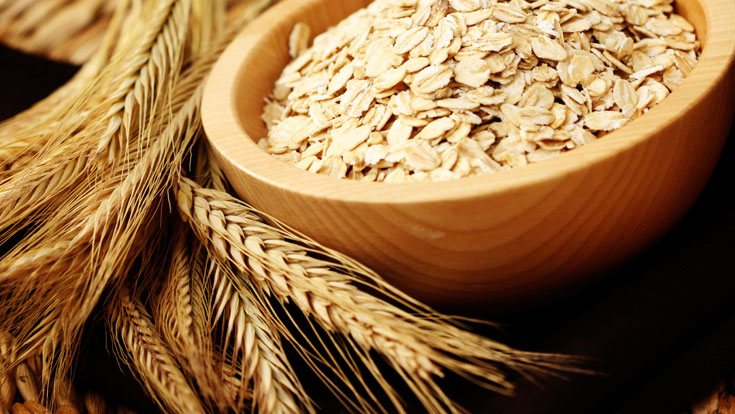 The humble oat made nutrition history in 1997. What happened? The FDA allowed a label to be placed on oat foods claiming an association between consumption of a diet high in oatmeal, oat bran, or oat flour, and a reduced risk for coronary heart disease—our nation’s number one killer.

The overall conclusion from the FDA review was that oats could lower serum cholesterol levels, especially LDLs. The FDA stated that the main active ingredient that yielded this exciting and positive effect is the soluble fiber found in oats called “beta glucan.” The press leaped on this news and oats, particularly oat bran, became touted as the magic bullet against cholesterol. Subsequent research showed that the cholesterol-lowering effect of oat bran was less dramatic than originally thought, and the oat bran buzz faded away.

That said, it’s time for a renewed interest in the power of oats. New discoveries, combined with what’s been known about oats for years, have shown that their health-promoting powers are truly impressive. Oats are low in calories, while high in fiber and protein. They’re a rich source of magnesium, potassium, zinc, copper, manganese, selenium, thiamine, and pantothenic acid. They also contain phytonutrients such as polyphenols, phytoestrogens, lignins, protease inhibitors, and vitamin R (an excellent source of tocotrienols and multiple tocopherols — important members of the vitamin E family).

The synergy of the nutrients in oats makes them an outstanding and formidable SuperFood. Indeed, the degree of protection against disease offered by oats and other whole grains is greater than that of any of their ingredients taken in isolation. In addition to their power to reduce disease and extend your health span, oats are a flagship SuperFood for practical reasons: They’re inexpensive, readily available, and incredibly easy to incorporate into your life. Oatmeal is on virtually every menu of every restaurant serving breakfast in America, and heartier steel cut oatmeal can add texture and thickness to stews and soups. If you only remember to eat a bowl of oats regularly, you’ll be on your way to better health.

It’s the cholesterol-lowering power of oats that drew the most attention to this humble grain. The specific fiber—beta-glucan—in oats is the soluble fiber that seems responsible for this benefit. Study after study has shown that individuals with high cholesterol (above 220 mg/dl) who consumed just 3 grams of soluble oat fiber per day—or roughly the amount in a bowl of oatmeal—can lower total cholesterol by 8 to 23 percent. Given that each 1 percent drop in serum cholesterol translates to a 2 percent decrease in the risk of developing heart disease, this is a significant effect. 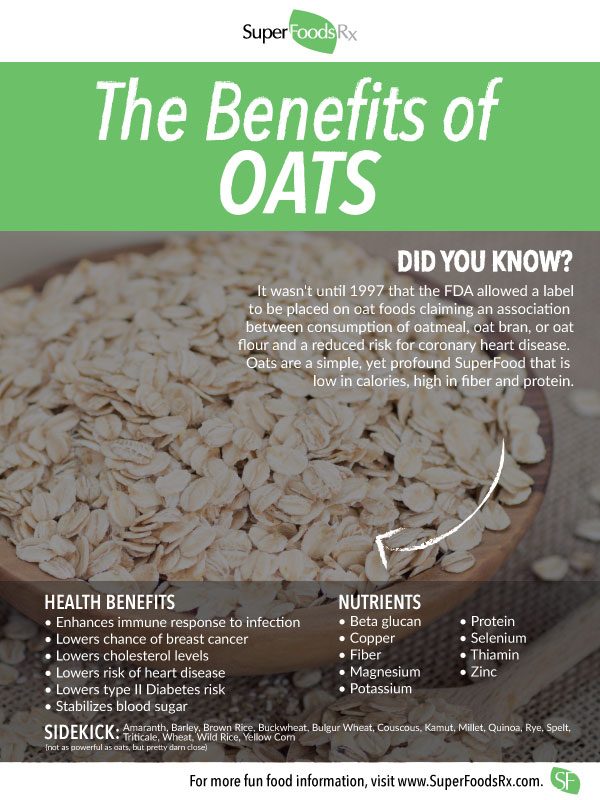