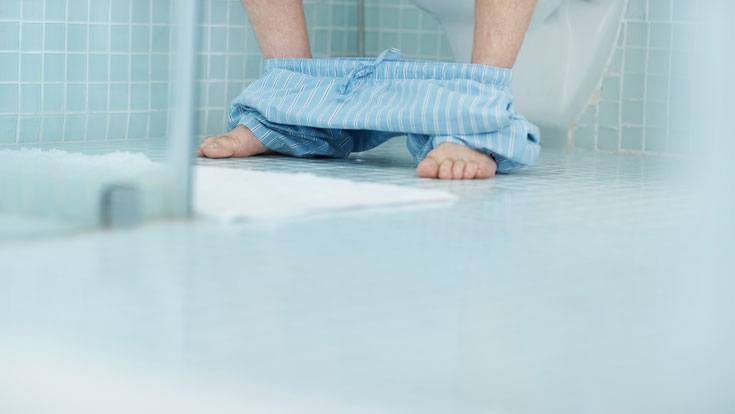 Many people have difficulty digesting lactose, the main type of sugar found in dairy products. Adults and children with lactose intolerance experience upset stomachs and diarrhea when they consume dairy foods, particularly milk. Fortunately, the benefits of soy milk and other soy products is that they allow people with lactose intolerance to consume the required protein and calcium they need without difficulty.

That said, there is the issue of children not getting enough vitamin D, which helps the body absorb calcium. For more on this, please read the following article from our partners at Reuters. Want the SFRx take-away? If you’re choosing non-dairy milks for your kids, choose one that is enriched with vitamin D.

Milk Substitutes Might Not Give Kids Enough Vitamin D

(Reuters Health) – Young children who drank nondairy replacement milks instead of cow’s milk were more like to have low levels of vitamin D in their blood, a new study found.

Parents often choose non-dairy beverages, such as almond, soy, or rice milk, for kids who have milk allergies or lactose intolerance. Some parents believe these beverages have health benefits even for kids who can drink regular milk.

“Parents ask their child’s doctor quite frequently whether alternate milk is good for their children,” Dr. Jonathon Maguire told Reuters Health in a phone call.

“And we as doctors have trouble answering that question – it depends on a lot of factors, and one of the things it depends on is whether they can maintain children’s vitamin D stores as well as cow’s milk,” said Maguire, a pediatrician at St. Michaels’ Hospital in Toronto, Ontario who led the study.

Vitamin D helps the body absorb calcium, so it’s essential for strong bones and teeth. It’s normally produced by the body after the skin is exposed to sunlight. Manufacturers also add it to certain foods, such as milk and dairy products.

In the U.S. and Canada, cow’s milk must be fortified with vitamin D, but there is no such requirement for non-dairy alternatives, Maguire said.

“Our findings suggest that children are about half as likely to maintain adequate vitamin D levels when drinking non-cow’s milk and it behooves us as parents to be aware that both in Canada and United States, non-cow’s milk is not legislated to contain vitamin D,” Maguire said.

For a study reported in the Canadian Medical Association Journal, Maguire and colleagues collected information on amounts and types of milk consumed by 2,831 Toronto preschoolers who also had tests for vitamin D levels.

“I think on our end as physicians, children who can’t drink cow’s milk or parents who choose non-cow’s milk for their children need to be reminded that their vitamin D levels are probably lower than other children,” Maguire said.

Maguire also said that parents who buy non-cow’s milk need to check the labels on the backs of the products to see if they contain vitamin D.

“I think there is an assumption that if something is called ‘milk’ or looks like milk, it has the same nutritional properties as cow’s milk,” Dr. Corinne Keet told Reuters Health in an email.

Keet is with the Division of Pediatric Allergy and Immunology at Johns Hopkins University School of Medicine in Baltimore. She wasn’t involved with the study.

“Clearly, this is not the case, and the various non-cow’s milk ‘milks’ have very different nutritional properties, with widely varying levels of protein, fat, calories, calcium and vitamin D,” Keet said.

Keet wasn’t involved in Toronto study, but she was involved in a recent study to see whether growth patterns and dietary intake of calcium, vitamin D and other nutrients were different in kids with food allergies.

Keet’s study was published in The Journal of Allergy and Clinical Immunology.

She had her colleagues had information from the National Health and Nutrition Examination Survey on 6,000 children. About 6 percent had food allergies, with milk being the most common trigger.

The children with cow’s milk allergy were more likely to be lower weight, have lower height and a lower body mass index (a ratio of weight to height) than those without milk allergy, Keet said.

Keet said parents and doctors of children with cow’s milk allergy should be attentive to the children’s nutritional status, and make particular care to ensure adequate calcium and vitamin D intake.

“I always tell parents that there is nothing magic about drinking a white liquid – just because something looks like cow’s milk doesn’t mean that it has any nutritional value,” she said.

Keet said that milk substitutes can vary widely in terms of protein, from rice milk and almond milks, which typically have very little protein, to things like soy milk, which has nearly as much protein as cow’s milk.

“In terms of vitamin D and calcium, they also vary a lot, and parents should look for fortified forms if they are using milk substitutes,” she said.

Keet said that another alternative for kids who can’t drink cow’s milk is to take a supplement with calcium and vitamin D and to eat other foods with plenty of protein and adequate fat and calories.