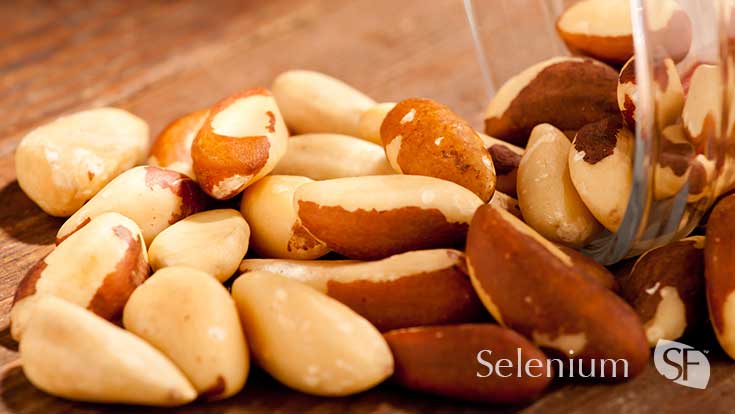 Selenium is of critical importance to human health. It is a trace element that acts as an antioxidant in the body and is involved in a number of bodily functions including:

Evidence seems to suggest that there is a strong inverse relationship between selenium intake and the risk for cancer. The speculation is that this is due to selenium’s role in DNA repair.

There is epidemiological evidence that selenium intake may be related to a reduced risk of coronary artery disease. In areas of the country with a high level of selenium in the soil, there seems to be a lower incidence of this disease.

One of the most exciting new findings is selenium’s potential role in fighting Alzheimer’s. As Dr. Geoffrey Harris notes:

Two recent studies have identified that selenium is crucial to preserving brain function and preventing age-related cognitive decline. One study of 2000 rural Chinese aged 65 and over found an association between low selenium levels and poorer performance on cognitive tests. This study, from the Indiana University Department of Medicine, looked at this group of Chinese individuals because over 70% of the study participants have lived in the same village since birth. By finding a group of people who have similar lifetime environmental exposures, the researchers could find dietary variables that were associated with the development of cognitive decline. Another study from the University of Montpellier in France found that selenium levels tend to decrease with age in most people. However, the most important observation from this study was that individuals with the greatest drop in selenium levels also had the highest risk of cognitive decline.