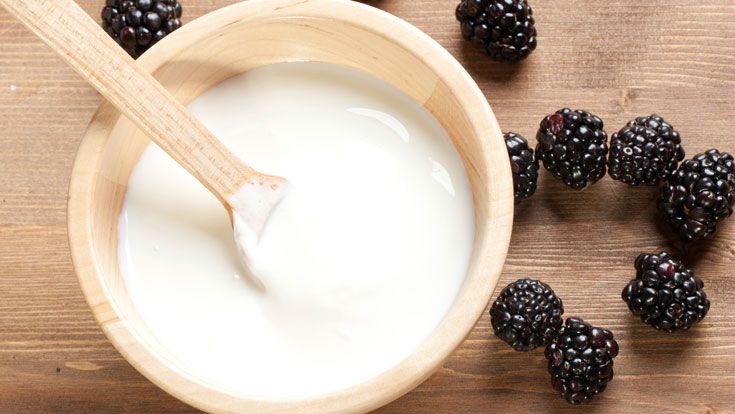 The list of the health-promoting abilities of probiotics is quite long. Some benefits have been proven absolutely conclusively while others require more study.

One of the best ways to consume probiotics is through eating high-quality yogurt. The following are ways that probiotics found within yogurt are beneficial

Cancer: Probiotics absorb mutagens that cause cancer, particularly colon cancer, though there’s also evidence that they’re effective in fighting breast cancer. They stimulate the immune system, partly by promoting immunoglobulin production, and help lower the risk for cancer by decreasing inflammation and inhibiting the growth of cancer-causing intestinal microflora.

Allergy: Probiotics are helpful in alleviating atopic eczema and milk allergy. In relation to eczema, it’s important to remember that probiotics are working on promoting healthy skin us well as a healthy digestive tract. Indeed, probiotics affect all surfaces of the body that have interaction with the external world, including skin, nasal passages, gastrointestinal tract, and so forth. There is some evidence that babies who are exposed to probiotics (after the age of three months) will have a better chance of avoiding some allergies later in life.

Lactose Intolerance: Some people cannot tolerate milk because they lack the enzyme to break down milk sugar (lactose). In fact, only about a quarter of the world’s adults can digest milk. This condition eliminates an important source of highly bioavailable calcium from the diet. Probiotics in yogurt digest the lactose for you. thus helping to relieve this condition. Yogurt is also a calcium- and vitamin-rich food that is readily digestible by those who suffer from lactose intolerance and is therefore an excellent addition to their diets.

Inflammatory Bowel Disease (IBD): Probiotics help regulate the body’s inflammatory response, which relieves the symptoms of this condition. The probiotics in yogurt have been accepted as a form of therapy that can actually help maintain remission in people suffering from IBD. A
2003 review of human studies on probiotics, for example, concluded that “the use of probiotics in IBD clearly will not provide a panacea but it does offer hope as an adjunct form of therapy, specifically in maintaining a state of remission.”

Irritable Bowel Syndrome (IBS): Probiotics alter both the populations and the activities of the microflora in our gastrointestinal systems, possibly relieving the symptoms of IBS, though probiotics may prove to be more effective in prevention than in effecting a cure.

Hypertension: Probiotics stimulate the production of drug like substances that act in the body like pharmacological blood-pressure-lowering medicines.

Cholesterol Reduction: Do Probiotics Prevent Disease?Over thirty years ago, scientists were intrigued to find that the Masai tribesmen of Africa had low serum levels of cholesterol as well as low levels of coronary heart disease, despite a diet that was extremely high in meat. The distinguishing characteristic of their diets, aside from high meat consumption, was an extremely high intake of fermented milk (or yogurt)—up to 5 liters daily. Research has now confirmed that yogurt is beneficial to those trying to reduce cholesterol. The probiotics in yogurt reduce the bile acids, which in turn decrease the absorption of cholesterol from the gastrointestinal tract. This effect seems to be seen most reliably in people who already have elevated cholesterol.

Ulcers: Probiotics help to eliminate the pathogen Helicobacter pylori, a bacterium that is one of the main causes of ulcers and may also be a cause of gastric cancer.

Diarrhea: Yogurt has potential benefit in relieving what in many countries around the world is a serious threat to the health of millions. It fights diarrhea by stimulating the immune system, crowding out negative microflora in the intestines and stimulating the growth of beneficial bacteria. Probiotics in yogurt are also helpful in treating diarrhea associated with antibiotic use, and some doctors are amazed that yogurt is not routinely recommended to all patients who are being treated with antibiotics.