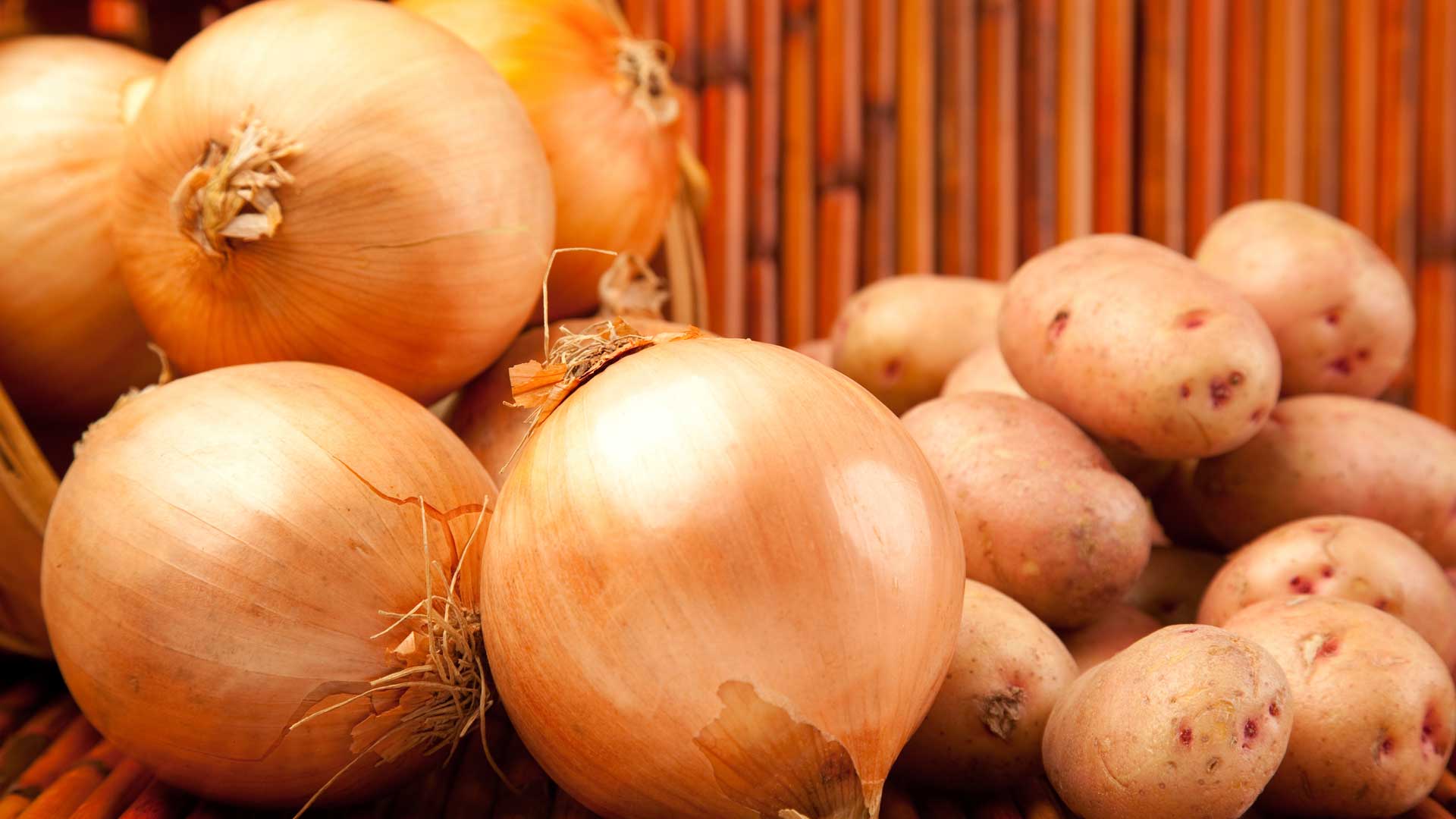 It’s hard to imagine cooking without onions. After tomatoes, they are the second most important horticultural crop. A staple of so many cuisines, onions lend a uniquely savory and pungent flavor to an endless variety of dishes. Eaten cooked and raw and available all year round, onions are hard to avoid. Once you know the considerable health benefits, it’s difficult to imagine why anyone would avoid them.

While the onion’s health-promoting abilities have long been recognized, it’s only recently that their curative abilities have been conclusively demonstrated, elevating them to SuperFood status.

Cultivated for more than 5,000 years, onions are native to Asia and the Middle East. The name comes from the Latin unis, meaning one or single, referring to the fact that onions, unlike the close relative garlic, have only one bulb.

Onions are a major source of two phytonutrients that play a significant role in health promotion: flavonoids and a mixture of over 50 sulfur-containing compounds. The two flavonoid subgroups found in onions are the anthocyanins, which impart a red/purple color to some varieties, and the flavonols, such as quercetin and its derivatives, which are responsible for the yellow flesh and brown skins of many varieties. The flavonols are concentrated in the skin of most onions and they contribute to the color of the vegetable.

We now know that the health promoting compounds in onion, like those in garlic, are separated by cell walls. Slicing an onion ruptures these walls and releases the compounds which then combine to form a powerful new compound: thiopropanal sulfoxide. In addition to mitigating various diseases, this substance also gives cut onions their pungent aroma and their ability to make us cry.

To get the most health benefits from onions, let them sit for five to ten minutes after cutting and before cooking. Heat will deactivate the thiopropanal sulfoxide and you want to give it time to fully develop and concentrate before heating. 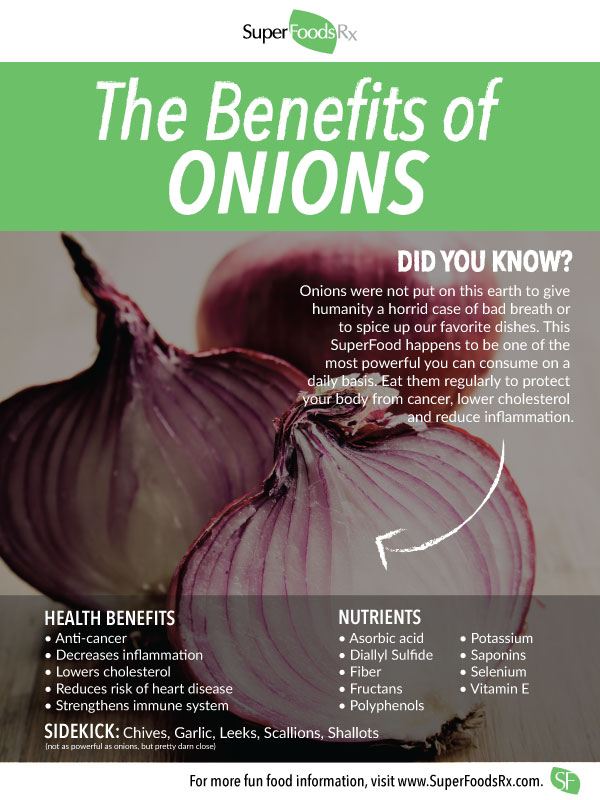