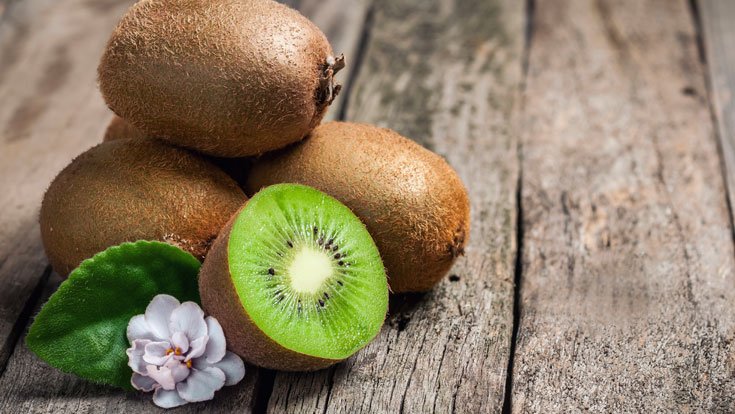 Kiwis are perhaps the first fruit to be named after a bird – twice. Introduced to New Zealand from China around 1906, the fruit was first known as a Chinese gooseberry (the first bird) probably because, like a green gooseberry, it has pale flesh. As kiwis became more popular and international demand rose, New Zealanders proudly renamed the fruit after their national bird – the kiwi (the second bird).

The nouvelle cuisine movement of the 1970s popularized kiwis in the United States. Today, California provides 95 percent of the crop in this country. Now kiwis, or kiwifruit as they are sometimes called, are popular the world over and deservedly so. Their pale green and delicious flesh, reminiscent of strawberries to some and pineapple to others, offers a potent mix of nutrients that elevate it to the status of a SuperFood.

Kiwis are extremely high in vitamin C and have antioxidant properties. Because they are high in fiber and potassium-rich, they’ve been proven to be beneficial for heart health and in aiding respiratory functions, especially in children with breathing problems. Very new research is showing that kiwis also have significant benefits for better sleep.

Kiwi nutrition is not the only reason to eat these fruits, which are perfect in fruit salads or with yogurt. 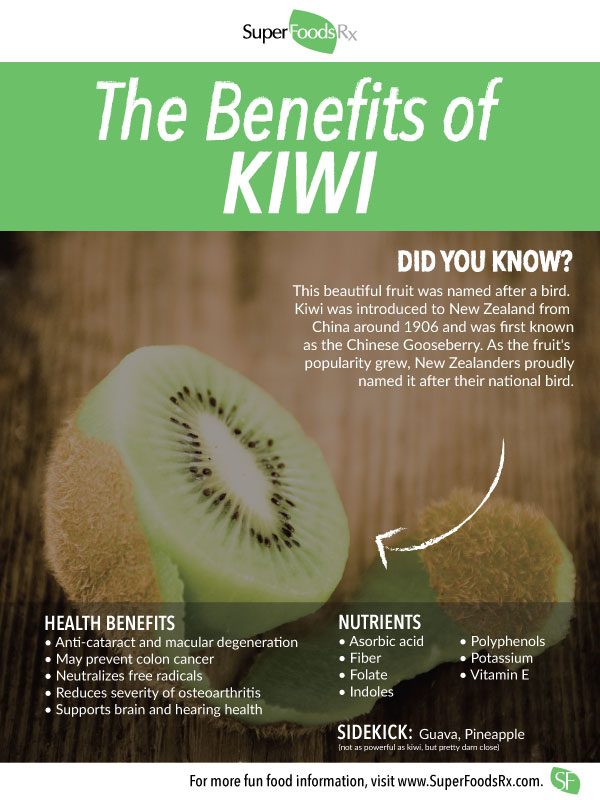