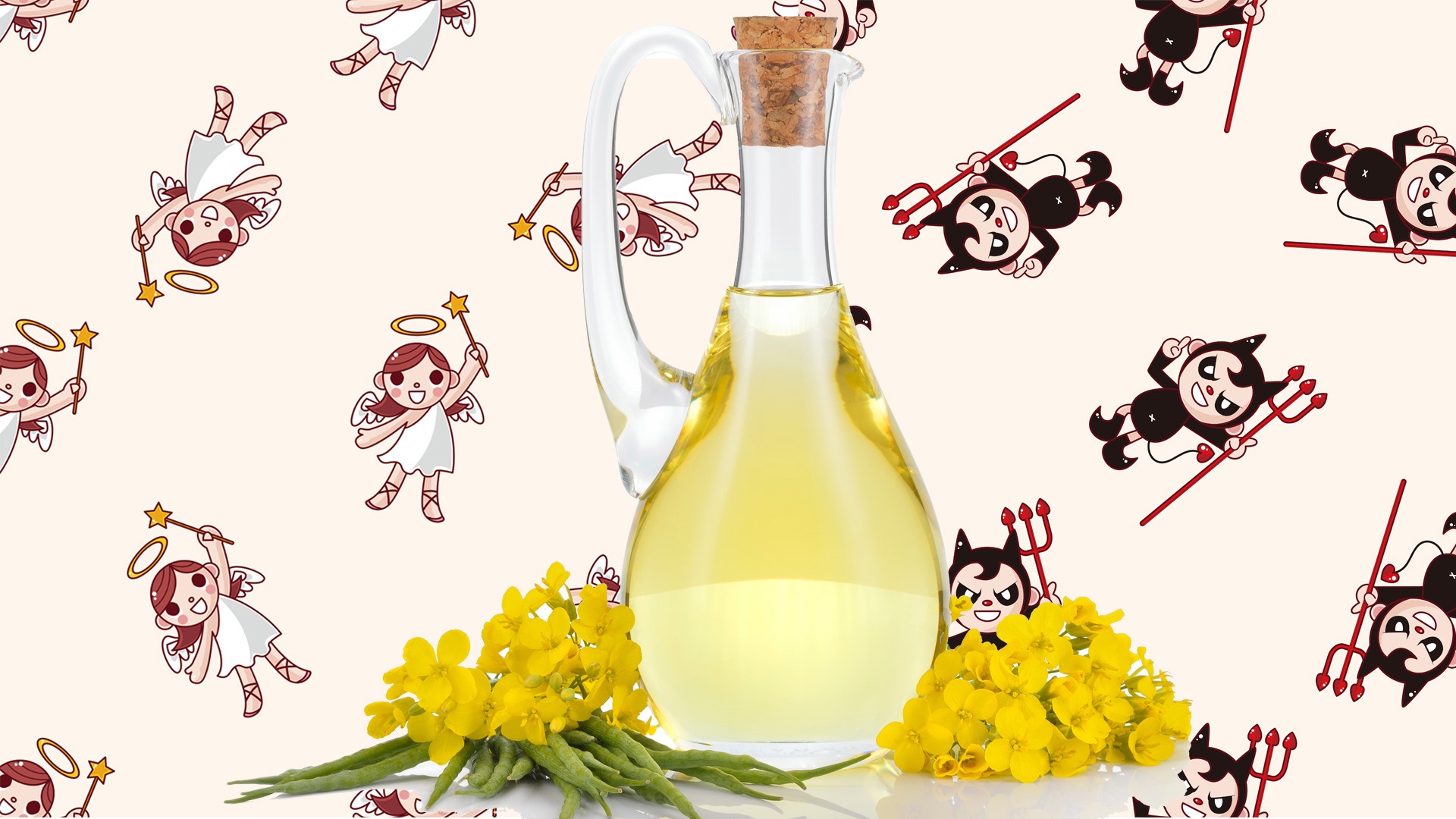 What’s the fastest way to confuse yourself on a health topic? Just Google the words “canola oil.” You’ll see some sites promoting it as the “heart healthiest oil on the planet,” while others condemn the oil as a downright poison. This debate can make even the most informed person’s head spin, and that’s only on the first page of google.

Is canola oil bad for you? Let’s get to the bottom of this in 200 words and take a trip through history while we’re at it—through the good, the bad, and the relevant.

Production of canola, a.k.a. rapeseed oil, has risen since World War II. Initially, canola oil was deemed inedible because of high amounts of erucic acid and glucosinolates, which were causing concerns about heart problems and growth retardation. In the 1970s, botanists cultivated a low-erucic, low-glucosinolate version of rapeseed and rebranded it as canola oil. That’s what we use today. Concerns over those two components still fuel much of the war on canola. So there’s the bad.

What about the good? Canola oil is low in saturated fat, contains a substantial amount of alpha-linoleic acid (an omega-3), and boasts a decent antioxidant profile. Further, studies have associated the consumption of canola oil with lowered total and bad cholesterol levels, improved insulin function,  and some inhibition of cancer cell growth.

There’s the evidence, from both sides. If you’re still confused, then let’s break this down further, to the root of the argument: the relevance.

Whether canola is a demon or darling is beside the point. Moderation is the key to any healthy diet. Guzzling canola oil — or even extra virgin olive oil, which is one of the original 24 SuperFoods — for the sake of heart health misses the mark entirely. Our diets should be low in oil, and the less you consume the better;  the choice of oil doesn’t matter nearly as much if you’re consuming small amounts of it. A heart healthy, cancer fighting, diabetes preventing diet means lots of fruits, vegetables, and legumes with more moderate amounts of nuts, seeds, whole grains and animal products. Minimal oil and processed foods round out the equation.

Have your canola or don’t. Either way, oil shouldn’t figure in too prominently for optimal health.