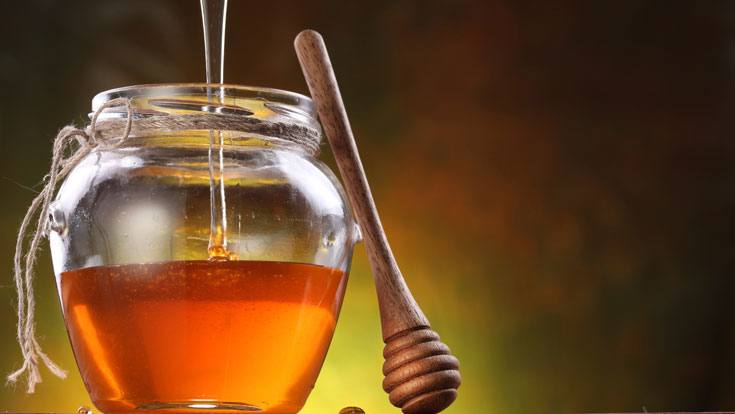 “Honey” is a term of endearment. What could be sweeter and more appealing than this rich golden liquid? Many people enjoy it on cereal, toast, yogurt, and pancakes, and as a sweetener for green tea and coffee. Once you learn about its nutritional benefits, you’ll be eager to eat it more frequently.

Honey is much more than just a liquid sweetener. One of the oldest medicines known to man, it has been used in the treatment of respiratory diseases, skin ulcers, wounds, urinary diseases, gastrointestinal diseases, eczema, psoriasis, and dandruff. Today, we know the validity of these timeless treatments as research has demonstrated that honey can inhibit the growth of bacteria, yeast, fungi, and viruses.

The power of honey comes from the wide range of compounds present in the rich amber liquid. This sweet treat contains at least 181 known substances, and its antioxidant activity stems from phenolics, peptides, organic acids and enzymes. It also contains salicylic acid, minerals, alpha-tocopherol, and oligosaccharides. Oligosaccharides increase the number of “good” bacteria in the colon, reduce levels of toxic metabolites in the intestine, help prevent constipation, and lower cholesterol and blood pressure.

As you may know, the process of making honey begins when bees feast on flowers and collect nectar in their mouths. The bees mix the nectar and enzymes in their saliva to turn it into honey, which is then stored in combs in the hive. The constant movement of the bees’ wings promotes moisture evaporation and yields the thick syrup we enjoy.

A key point to remember with honey is that its antioxidant ability can vary widely depending on the floral source and its processing. The phenolic content of the honey depends on the pollen the bees have used as raw material. There’s a very simple way to determine how healthy a particular jar is: its color. In general, the darker the honey, the higher the level of antioxidants. There can be a 20-fold difference in the antioxidant activity, as one test revealed. For example, Illinois buckwheat honey, the darkest variety tested, had 20 times the antioxidant activity of California sage, one of the lightest-colored honeys tested. Overall, color predicted more than 60 percent of the variation in honey’s antioxidant capacity. 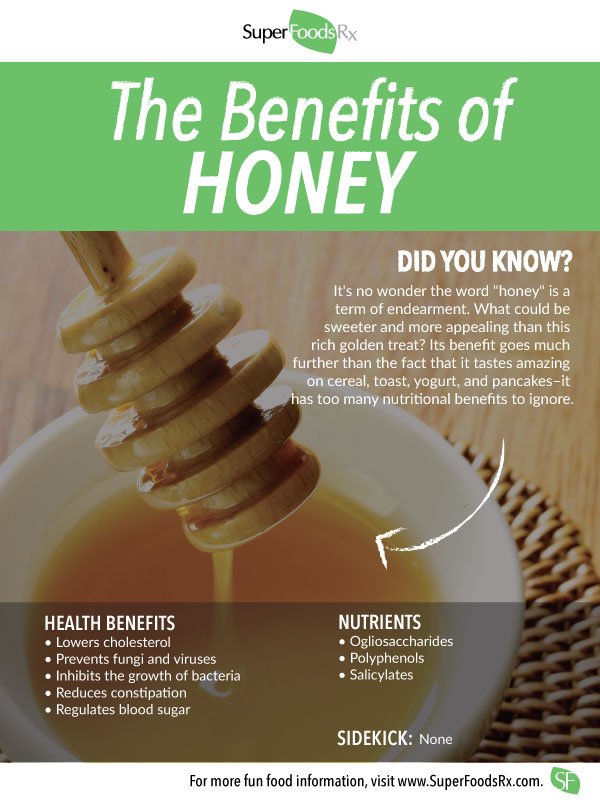