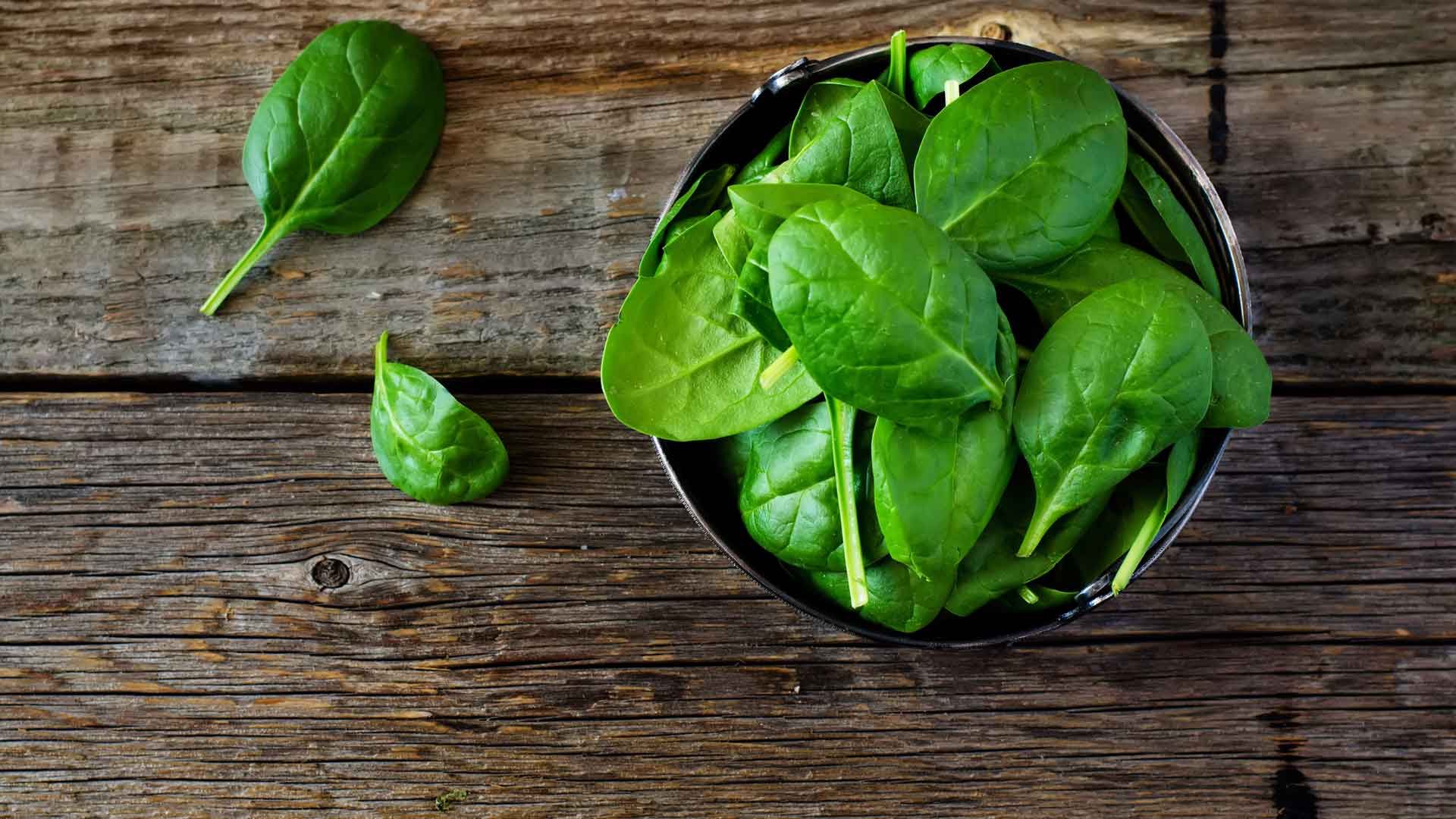 Spinach is a star SuperFood. In the U.S. we’re now eating five times more fresh spinach than we ate in the 1970s. This is the highest level of consumption since the 1950s, when parents were urging their kids to eat the green vegetable so they’d be as strong as Popeye.

There are two reasons for this spinach renaissance. For one thing, it’s never been easier to get fresh spinach on the table — as opposed to the sometimes smelly canned variety that the popular cartoon character consumed. You can buy pre-washed baby spinach at most markets for a quick salad. Some packages of spinach can be microwaved right in the bag and served in three minutes.

Spinach and its green leafy sidekicks are among the most nutritious foods on earth. Calorie for calorie, spinach provides more nutrients than any other food. Along with two other favorite SuperFoods, wild salmon and blueberries, spinach is an all-star vegetable that packs an incredible nutritional wallop. Low in calories and jam-packed with nutrients, it should be on your daily menu.

Spinach lessens our risk of getting many of the most common diseases of the 21st Century. Overwhelming research has demonstrated an inverse relationship between spinach consumption and the following:

What makes spinach and its sidekicks such powerful health promoters? The list of compounds that have been discovered in leafy vegetable is truly impressive. In addition to iron, spinach contains carotenoids, antioxidants, vitamin K, coenzyme Q10, B vitamins, minerals, chlorophyll, polyphenols, betaine and, interestingly, plant-derived omega-3 fatty acids. Note: This is only a partial list. The health benefits of spinach and its nutrients go on and on. 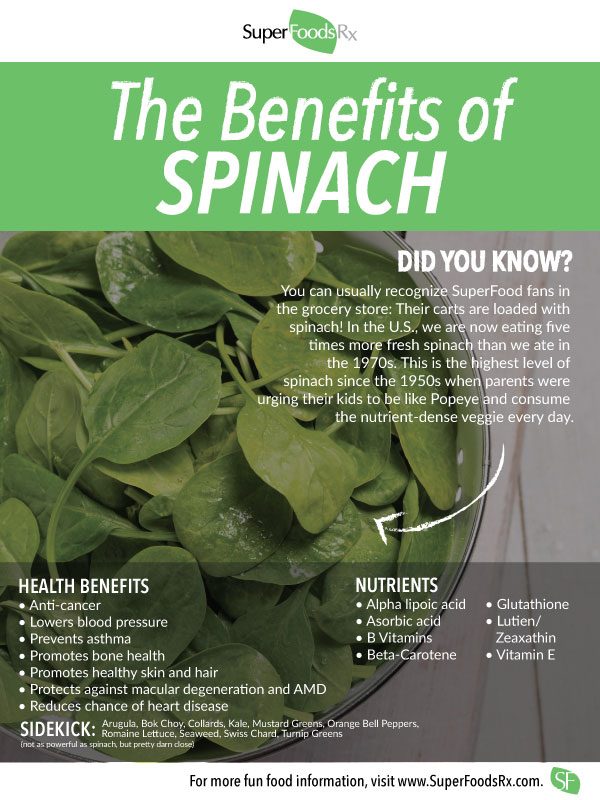