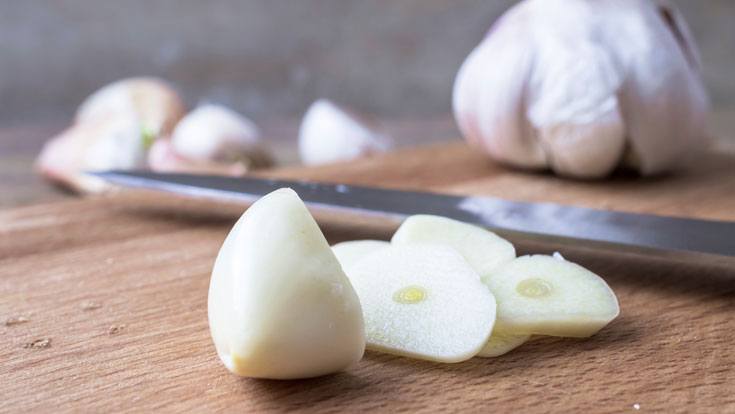 Garlic is an incredibly misunderstood ingredient.

Some people avoid it because it gives them a stinky body odor or bad breath. For others, “the stinking rose” has become a staple in their diet no matter how horrible they smell afterwards. And many people claim it has the ability to cure pretty much any ailment, which may explain why it is at the top of herbal supplement sales.

What Are the Health Benefits of Garlic?

Here are four key health benefits of this SuperFood that may surprise you.

Blood Pressure
An enzyme found in garlic called angiotensin acts much like the ACE inhibitor drugs that combat high blood pressure. Angiotensin constricts blood vessels and has a major impact on the buildup of plaque.

Allicin, garlic’s most potent active element, has been shown to reduce blood pressure.

Potent Antibiotic and Antioxidant
In 1858, French biologist Louis Pasteur determined that garlic has the potential to kill bacteria. Just one milliliter of raw garlic juice proved to be just as effective as 60 milligrams of penicillin.

More recently, a study conducted at the University of California Irvine Medical Center showed that garlic juice had antibacterial properties that fought against a variety of pathogens, even those that have become drug resistant.

Detox
Were you aware that garlic can help you eliminate toxins from your body? These toxins include anything from heavy metals to parasites. The sulfur-containing compounds found in garlic stimulate liver enzymes in charge of removing contaminants from the body.

Lowering Cholesterol
New research has found that garlic may actually stop artery-clogging plaque in its tracks. How? It keeps individual cholesterol particles in check, preventing them from sticking to your artery walls.

However, it’s important to remember that it is possible to ingest too much garlic. If you happen to suffer from blood-clotting issues or are a hemophiliac, garlic can cause more problems than it alleviates. For example, when taken in high doses medicinally, it has a thinning effect on the blood, which can be extremely dangerous.