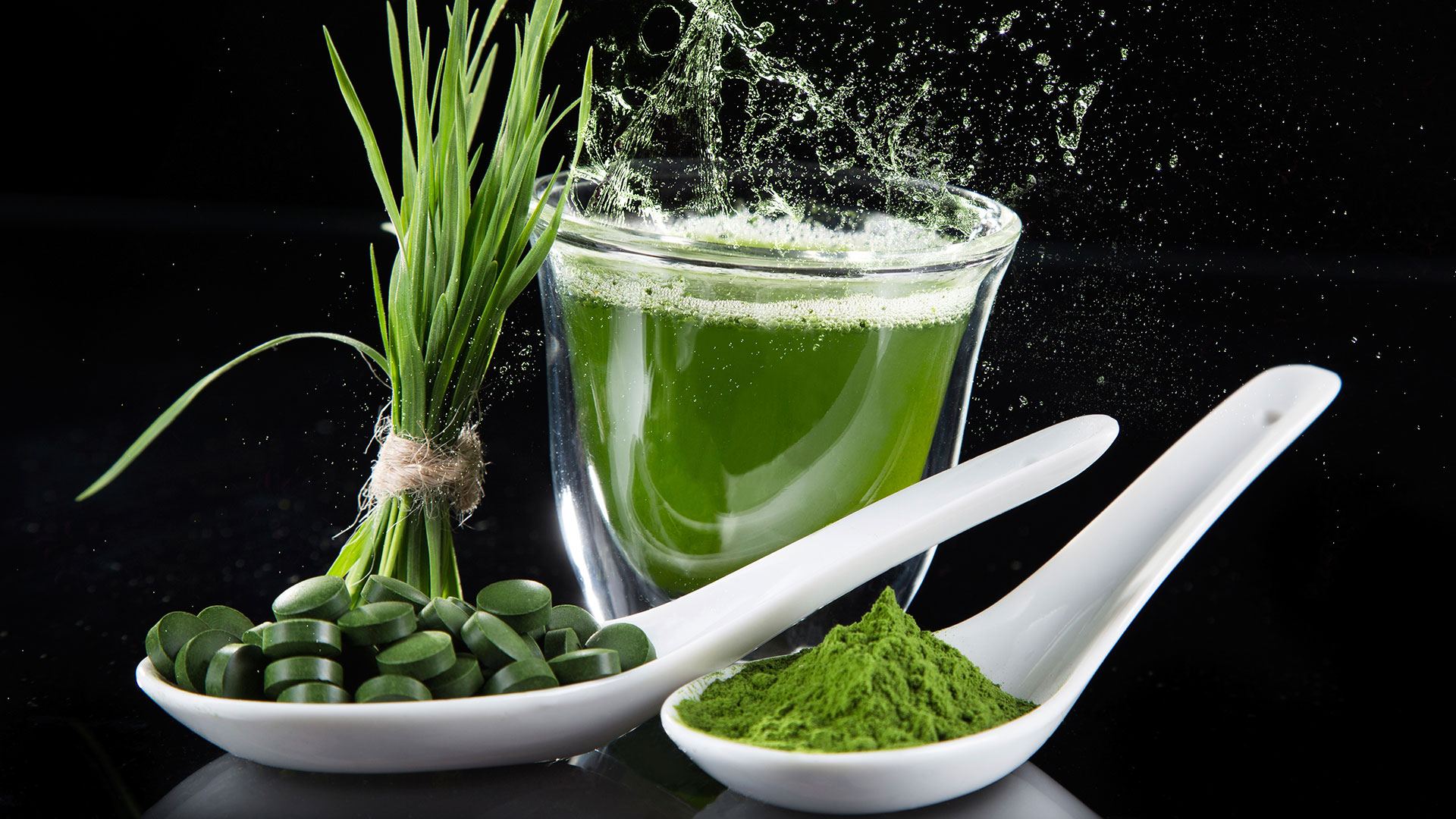 Had any shots of wheatgrass lately? Wheatgrass has been promoted in health food stores and restaurants for quite a few years now, and arguably is an old-timer when it comes to the fame of green foods—kale being one of the newer kids on the block.

So is wheatgrass as nutritionally robust as the claims state, and what does the science have to say about it?

This young grass is often juiced, taken in tablet form, or blended into smoothies. It’s rich in vitamins E, C, and A, as well as iron, calcium, and magnesium. Wheatgrass also contains a good amount of the amino acids that build proteins.

Though there haven’t been many studies looking into the healing and medicinal properties of wheatgrass, some of the early findings are promising.  A couple of different studies have looked at wheatgrass’ ability to bolster the production and function of red blood cells; small studies showed positive improvements in hemoglobin (the oxygen carrying component of red blood cells) in people with cancer who were given wheatgrass. Another blood-targeted study showed that children with defects in their hemoglobin needed fewer blood transfusions when given wheatgrass supplements.

There have also been a few studies looking at wheatgrass and the intestinal system. Patients with ulcerative colitis, a type of inflammatory bowel disease, showed less severe symptoms and less intestinal bleeding when given wheatgrass juice.

While there isn’t any evidence that wheatgrass offers any miracle cures, it also doesn’t appear to pose many threats to health. Generally, it seems to be a safe addition to the diet. Stay tuned for more evidence — and, for now, it looks like your morning double shot may do you some good. Cheers!