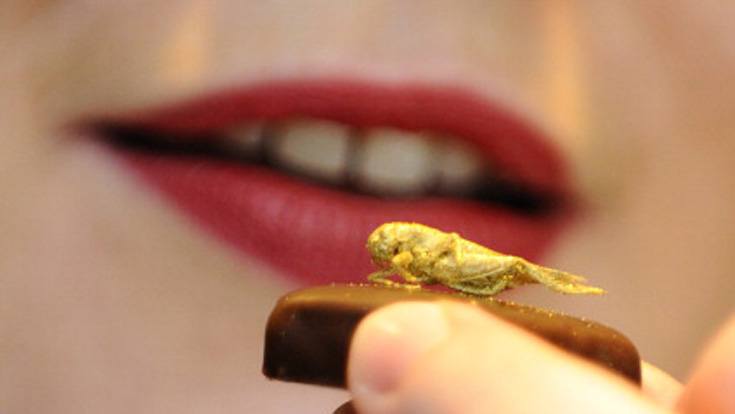 Americans are not usually bowled over by the thought of eating bugs but in other parts of the world it’s totally acceptable. However, things are changing here, and it’s starting with the Insect Protein Movement.

With the world’s population growing at a faster rate than the world’s usual food resources, some manufacturers are looking to insects, namely crickets, as a main ingredient in foods. Why crickets? Pound for pound, they have as much protein as beef. Also, cricket farms are much more sustainable and environmentally friendly than livestock farming.

The process of making crickets into an ingredient is easy: The bugs are killed in the freezer, washed and baked in the oven and then ground into flour, which tastes nutty and earthy. The flour is then incorporated into recipes. For now, the most popular form we’re seeing it in are power bars.

The power bar Exo Protein’s c0-founder Greg Sewitz says that the company avoids putting pictures of crickets on their products because of “the psychology of disgust.” The key, he says, is to get people to taste the product before telling them that there is cricket flour in every bite. On their website, the company members boast about the unusual things they’ve eaten in their lifetimes. They are the Anthony Bourdains of power bars!

Chapul was the first protein bar featuring crickets as one of its main ingredients. The company calls the Insect Protein Movement “a revolution,” adding that the U.S. is behind in eating bugs while doing so is popular in 64 other countries. The more traveled American, they say, is not as turned off by the prospect of getting some cricket protein into their diets.

In a planet of 7 billion people and growing, with food resources steadily dwindling, eating bugs may prove to be a solution. In fact, Chapul protein bars will be available at Sprouts markets nationwide later this year.