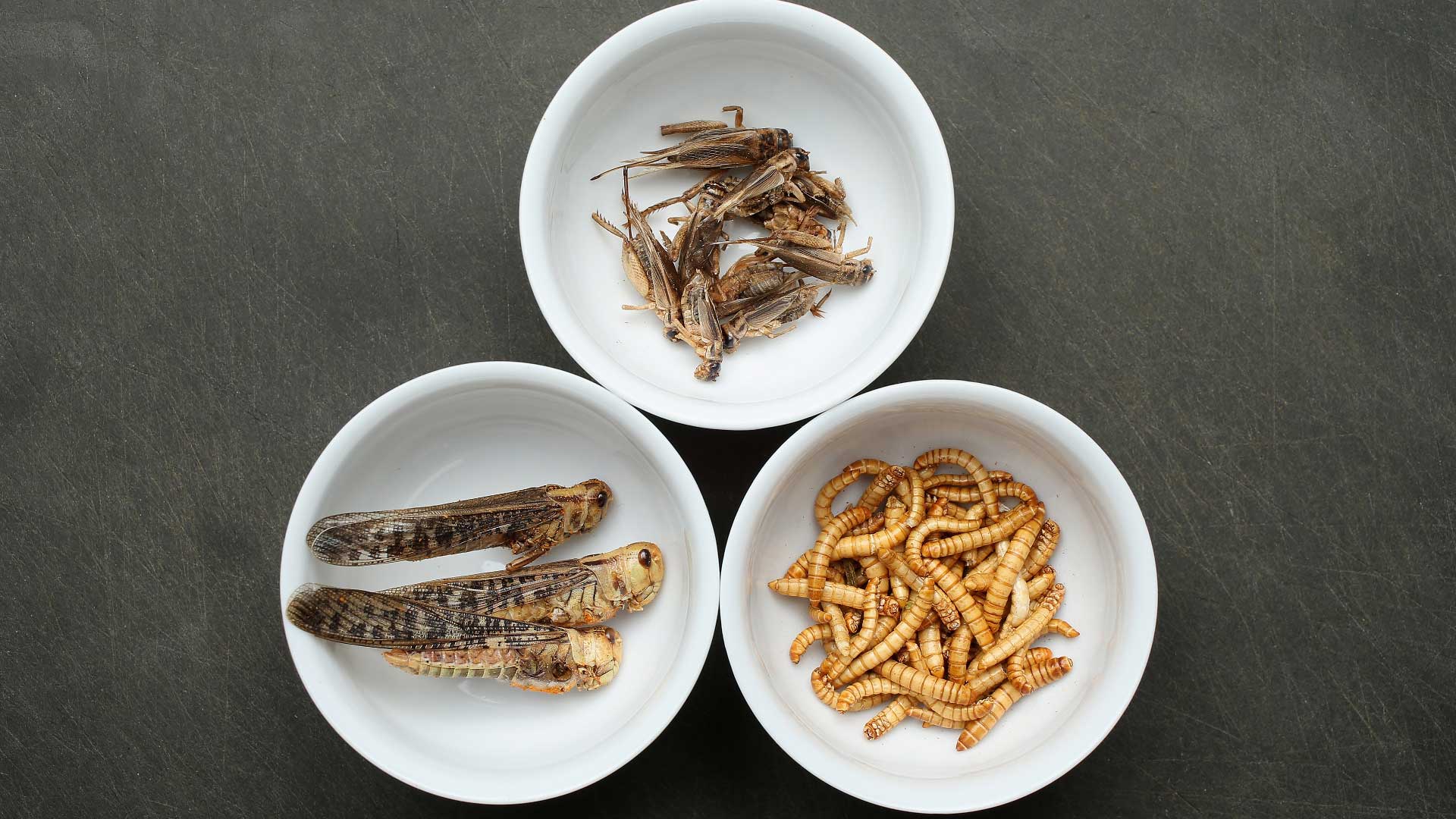 Packages of regular old enriched flour always have bugs in them but we neglect to mention the bugs on food labels. But how about willingly buying an all-bug protein flour? Ground crickets are an increasingly popular ingredient in some foods, and this is all due to what’s being called “the insect protein movement.” While some applaud the idea of turning to insects for food, others fear that a dark future looms in which the rich eat meat while the poor eat bugs.

Some future-forward people like Laetitia Giroud have been running insect farms for years. Giroud’s insect production company, Insagri, is based in Spain, and she told The Guardian that “in 2020 we hope to open our first insect fast-food restaurant – like a sushi bar – in Paris or Madrid.” In 2013 she began farming over 1 million crickets, mealworms, black soldier flies and grasshoppers while hoping to eventually expand growth to 15-20 tons of insects a year. She, like many insect farmers, anticipates a growing demand for insects as food–and she’s not wrong. An American based food company called Six Foods has now created a triangular chip named “Chirps Chips” made of black beans, rice and cricket flour. Chirps are high in protein and low in fat and taste similar to tortilla chips. Exo Protein and Chapul are two other American companies selling protein bars made of cricket flour.

Like Giroud, many experts on the topic of hunger believe that insects are a more likely protein source for a hungry world than, say, the stem cell burger, which costs roughly twice as much as chicken meat to produce and has caused quite a negative stir when news of it first came to light. The only thing both camps seem to agree on is that the same problem remains: The current mass consumption of meat is expensive, unhealthy and environmentally disastrous. The livestock industry is responsible for roughly 17-18% of greenhouse emissions, through production, transport and digestive gas (that is more than all planes, trains and automobiles combined). Insects, on the other hand, are chock full of protein, zinc and iron. They have a tiny carbon footprint and are cheaper to produce than meat and lab-meat. Insect meal could also replace some of the expensive ingredients, such as soybeans and fishmeal, that are fed to farm animals, freeing up feed crops for human consumption instead.

The UN’s Food and Agriculture Organization (FAO) estimates that already, about 2 billion of the world’s population already eat insects as part of their normal diet. Yellow jacket wasp larvae are popular in Japan, cicadas are treasured in Malawi, and weaver ants are considered delectable in Thailand. Termites, a favourite in many African nations, can be fried, smoked, steamed, sun-dried or ground into a powder. The list of edible insect species is at 1,900 and growing. And last year in the Netherlands over 450 insect experts attended the Insects to Feed the World convention, a three-day conference to “promote the use of insects as human food and as animal feed in assuring food security.” Everyone is grappling with the fact that by the year 2050, the planet will be packed with 9 billion people. Would you eat bugs if you were starving?