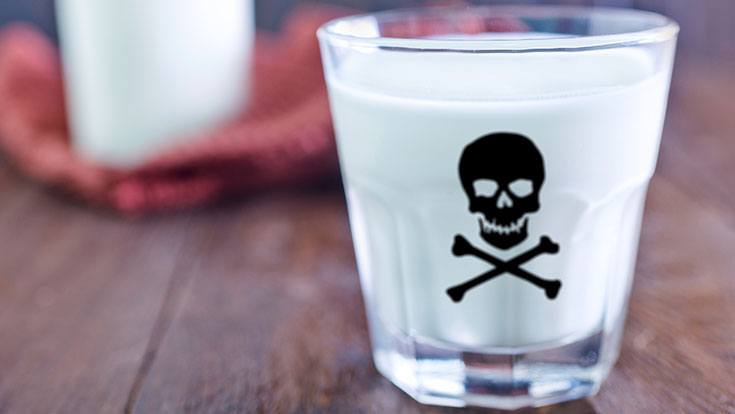 (Reuters Health) U.S. health regulators are reviewing current standards for assessing drugs in milk sold to consumers, a move that could expand testing for veterinary drugs at a time of growing consumer concern over food safety, health officials say.

The Food and Drug Administration is seeking by July 29 public feedback on a new tool to improve testing for drug residues in U.S.-produced milk and dairy products, a program that the agency has not updated since 1992 when it was first implemented.

FDA currently requires tests for at least four of six beta-lactam drugs – the most common group of antibiotics used on dairy farms – including penicillin, ampicillin and amoxicillin.

But the agency has over the last two decades approved other veterinary drugs for dairy producers that are not included in routine residue-testing.

More recently approved drugs not tested for residues in milk include flunixin, which treats pain, florfenicol, an anti-microbial, and tulathromycin, a macrolide antibiotic used to treat bovine respiratory disease.

“There’s a need to look at other drugs, besides beta-lactams, that are not being tested for,” said Stephen Beam, who leads the executive board of National Conference on Interstate Milk Shipments (NCIMS).

The nonprofit group, composed of state and federal regulators and dairy industry representatives, first requested the FDA review its drug residue program in 2008.

U.S. consumers are showing their growing unease about the use of drugs like antibiotics and hormones in food-producing animals, fueling sales of organic milk and dairy products in supermarket aisles.

The U.S. organic dairy sector grew 11 percent last year to $5.5 billion in sales, its biggest jump in six years, according to the Organic Trade Association.

The FDA approves the use of veterinary medicines in food-producing animals after determining that they do not harm consumers who drink the milk. The agency says U.S. milk is generally safe.

In March, FDA’s Center for Veterinary Medicine released results of a survey of nearly 2,000 milk samples collected from across the country in 2012 and tested for residues of 31 drugs.

While 99 percent of the samples showed no drug-residue levels of concern, the 1 percent contained remnants from six drugs that are not approved for lactating cows and are not subject to FDA’s testing regimen. The FDA had also not evaluated the safety of residues from those medicines to humans.

Following that survey, the FDA said it would work with NCIMS to broaden the range of drugs it tests for in raw milk.

“You really don’t want to be doing drugs when taking your milk,” said David Plunkett, a food safety advocate with the Center for Science in the Public Interest. “I don’t think it’s too big a burden to periodically test and make sure farmers know that someone is looking over their shoulders.”

The FDA will use the public comments on its new risk assessment to determine what other drugs to test for and to educate dairy farmers on avoiding illegal drug residues.