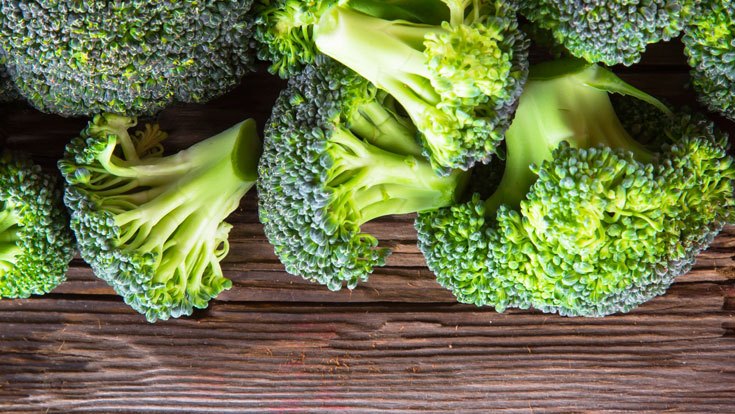 The development of cancer in the human body is a long-term event that begins at the cellular level with an abnormality that is typically diagnosed 10 to 20 years later. Research continues at a furious pace to find ways to cure this deadly disease, the greatest killer of Americans after heart disease.

But here’s what you need to know: Most scientists have concluded that cancer might well be more easily prevented than cured. We also know that a typical Western diet plays a major role in the development of cancers, and that at least 30 percent of all cancers are believed to have a dietary component.

In short, diet is the best tool we have to protect ourselves from developing cancer.

Population studies first pointed to the role that broccoli and other cruciferous vegetables might play in cancer prevention. One 10-year study of 47,909 men, published by the Harvard School of Public Health, showed an inverse relationship between the consumption of cruciferous vegetables and the development of bladder cancer.

So, does broccoli prevent cancer? Yes: Broccoli and cabbage seemed to provide the greatest protection. Countless studies since then have confirmed these findings. As long ago as 1982, the National Research Council on Diet, Nutrition, and Cancer found that “there is sufficient epidemiological evidence to suggest that consumption of cruciferous vegetables is associated with a reduction in cancer.”

A meta-analysis, which reviewed the results of 87 case-controlled studies, confirmed once again that broccoli and other cruciferous vegetables lower the risk of cancer. As little as 10 grams a day of crucifers (less than 1/8 cup of chopped raw cabbage or chopped raw broccoli) can have a significant effect on your risk for developing cancer.

Think of eating broccoli or its sidekicks as getting a natural dose of chemoprevention. One study showed that eating about two servings a day of crucifers may result in as much as a 50 percent reduction in the risk for certain types of cancers. Broccoli is the vegetable with the strongest inverse association with colon cancer too, especially in those younger than 65 and with a history of smoking. If you’ve ever smoked, eat your broccoli!

While all crucifers seem to be effective in fighting cancer, cabbage, broccoli and Brussels sprouts seem to be the most powerful. Just 1/2 cup of broccoli a day protects from a number of cancers, particularly cancers of the lung, stomach, colon and rectum. No wonder broccoli is number one on the National Cancer Institute’s list of nutrition all-stars.

The particular compounds in broccoli that are so effective against cancer include the phytochemicals, sulforaphane, and the indoles. Sulforaphane is a remarkably potent compound that fights cancer on various fronts. It increases the enzymes that help rid the body of carcinogens and actually kills abnormal cells. At the cellular level, it also helps the body limit oxidation—the process that initiates many chronic diseases. Indoles work to combat cancer through their effect on estrogen. They block estrogen receptors in breast cancer cells, inhibiting the growth of estrogen-sensitive cancers. The most important indole in broccoli—indole-3-carbinol, or I3C—is thought to be an especially effective breast-cancer preventive agent.

In a study at the Institute for Hormone Research in New York, 60 women were divided into groups, some eating a high I3C diet containing 400 milligrams of I3C daily, another eating a high-fiber diet, and yet a third control group on a placebo diet. The women consuming the high I3C diet showed significantly higher levels of a cancer-preventive form of estrogen. The other diets showed no increase in this substance.