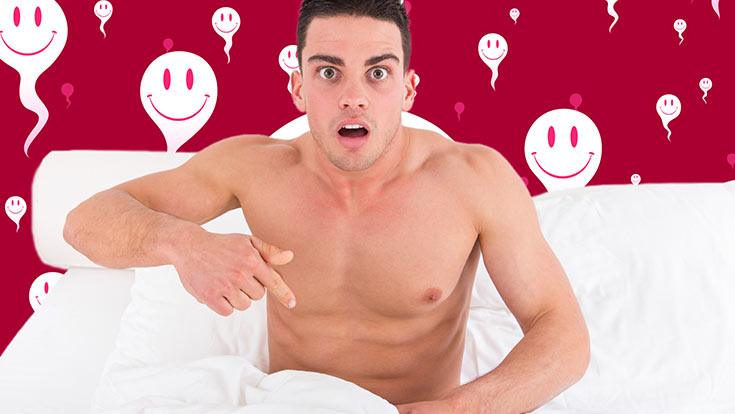 Men, get ready to create better sperm because you have some fun work ahead of you! In addition to eating more antioxidant foods, there are steps men can take to achieve better sperm production and sperm motility (how well those little guys can swim). One study reported the following for better sperm:

The optimal number of days of ejaculation might be more or less than seven days, but a week appears manageable and favorable. It seems safe to conclude that couples with relatively normal semen parameters should have sex daily for up to a week before the ovulation date. In the context of assisted reproduction, this simple treatment may assist in improving sperm quality and ultimately achieving a pregnancy. In addition, these results may mean that men play a greater role in infertility than previously suspected, and that ejaculatory frequency is important for improving sperm quality, especially as men age and during assisted reproduction cycles.

In short, men should be ejaculating and having sex more often, even daily, to reduce DNA damage to sperm. The “use it or lose it” philosophy works, and the work isn’t so bad now, is it?

Fat Hurts — Even Your Sperm

Being overweight or obese not only affects fertility, it can also cause alterations in sperm production. An analysis based on reviewing 9,779 men concluded that there is a correlation between beiung overweight or obese and having an abnormal sperm count. The authors of this study wrote that their findings could be the result of one or more of the following causes: 1) direct alternations of sperm production, 2) estrogen production from fat having a female-like effect in males, and 3) the accumulation of toxic compounds and fat-soluble endocrine-disruptive environmental toxins in fatty tissue.

In short, the science shows that if you’re overweight, you’re not producing good swimmers. It’s important for men to get their BMI to a satisfactory level in order to minimize male-factor infertility problems.

Sexercise — How Many Calories Do You Burn While Doing It?

This all looks like a really fun cycle: More sex produces stronger sperm, but it also burns calories, right? That depends on who you ask.

A recent study published in the New England Journal of Medicine debunked the common belief that having sex burns up to 300 calories. According to the calculations of University of Alabama at Birmingham researchers, a man weighing 154 lb would expend approximately 3.5 kcal per minute (210 kcal per hour) during a stimulation and orgasm session. “This level of expenditure is similar to that achieved by walking at a moderate pace (approximately 2.5 miles [4 km] per hour). Given that the average bout of sexual activity lasts about 6 minutes, a man in his early-to-mid-30s might expend approximately 21 kcal during sexual intercourse.”

Another study stated that younger men burn 101 calories during sex. This study only looked at 21 heterosexual couples, and their sex sessions lasted approximately 24.7 minutes, but if you’re a “glass half full” sort of guy then you’ll probably want to buy into this latter example more than the NEJM study.

The cause of this decline in sperm volume is unknown in approximately 50 percent of the cases, but we do know that oxidative stress plays a major role at least 30 percent of the time.

Oxidative stress is an imbalance caused by a lack of sufficient antioxidants in the body to neutralize free radicals. An excess number of free radicals can cause DNA damage and it can also affect fertilization and sperm quality. Eating SuperFoods can help mitigate some of that damage, and we’ll have an article discussing that later in the week.

More in This Series

Building Better Sperm: Cleaning Up Your Act – Easy ways to remove toxins from your environment.

Building Better Swimmers: Nutrients for Healthy Sperm – The vitamins and minerals you need for those little guys to thrive.

Source: Science Daily, New England Journal of Medicine, PLOS ONE, National Institutes of Health
Parts of this article were excerpted from the book SuperFoodsRx for Pregnancy by Steven Pratt, M.D