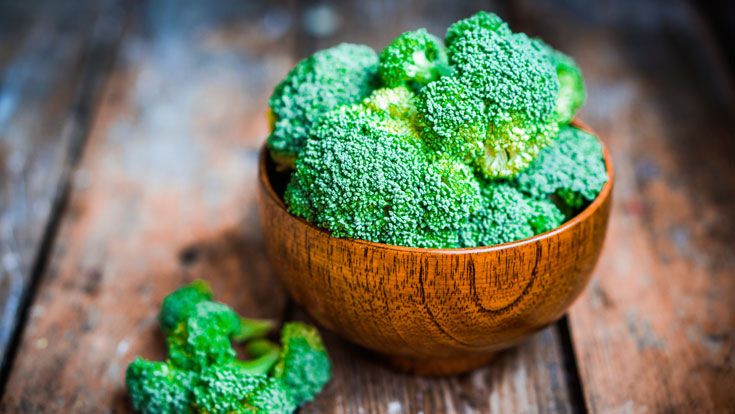 It was 1992 when then President George Bush made a daring proclamation: “I’m President of the United States and I’m not going to eat any more broccoli.” The horrified gasps of nutritionists could be heard from sea to shining sea. But in the end, broccoli triumphed. Perhaps in part because of the president’s statement, the press took up the cause of broccoli, and anyone who’d doubted its power as one of our most valuable foods ultimately became a believer.

The timing was right for broccoli: In that same year, a researcher at Johns Hopkins University announced the discovery of a compound found in broccoli that not only prevented the development of tumors by 60 percent in the studied group, it also reduced the size of tumors that did develop by 75 percent. Only 30 calories in one cup, broccoli is now one of the best-selling vegetables in the United States.

Broccoli and its cruciferous sidekicks are among the most powerful weapons in our dietary arsenal against cancer, which is why broccoli is a SuperFood. In addition, broccoli also boosts the immune system, lowers the incidence of cataracts, supports cardiovascular health, builds bones and fights birth defects.

Offering an incredibly high level of nutrition at a very low caloric cost, broccoli is one of the most nutrient-dense foods known. Of the ten most commonly eaten vegetables in the United States, broccoli is a clear winner in terms of total polyphenol content. Only beets and red onions have more polyphenols per serving. 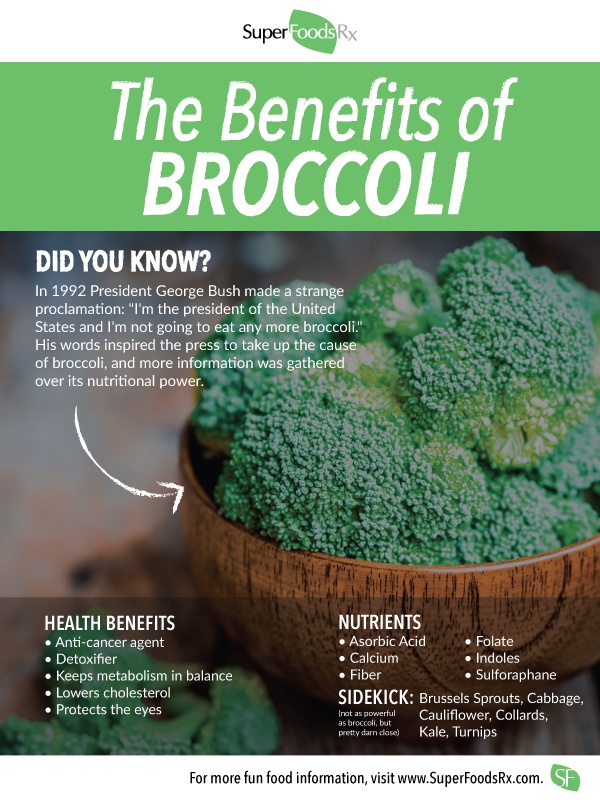