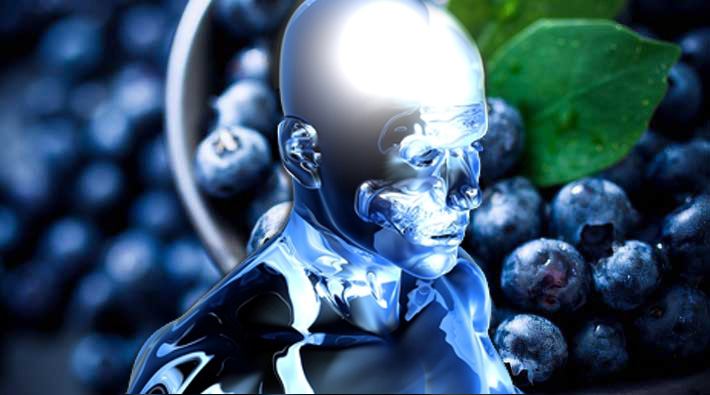 The research that put blueberries on everyone’s lips brought exciting news that this fruit slows and even reverses many of the degenerative diseases associated with the aging of the brain, including dementia and Alzheimer’s disease. This is important information about blueberries nutrition, considering that by the year 2050 over 30% of the American population will be over the age of 65.

Research done on aging rats has produced intriguing results. When fed the human equivalent of 1 cup of blueberries per day, the rats showed improvements in both balance and coordination. These improvements are due to better cell communication in the brains of these rats. Because blueberries are rich in phytonutrients, especially polyphenols and flavonoids, these findings should come as no surprise: Phytonutrients improve communication among cells.

By helping our brain cells communicate more efficiently, blueberries are actually helping to halt the progression of degenerative diseases associated with the aging brain.  This is because the primary reason that humans develop age-related degenerative brain diseases, such as dementia and Alzheimer’s disease, is because our brain cells become less effective at communicating with each other as we age; Signals that cells send out to neighboring cells weakens over time. When these signals become too weak, neurological pathways are lost and brain functions are diminished.