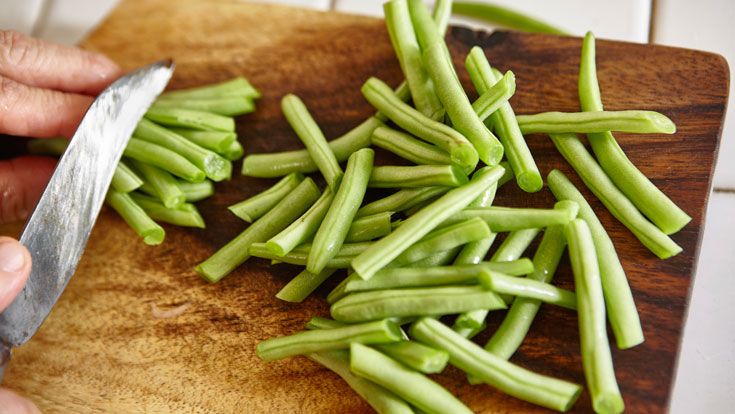 It’s been recently suggested that there is a direct connection between beans and cancer prevention. Could this be true?

Scientific research suggests that beans may help to prevent certain types of cancer, including:

Beans contain both lignins and phytates, which seem to be the major contributors to the cancer-fighting effects of this SuperFood. Lignins are phytoestrogens. Phytoestrogens are estrogen-like compounds that have been linked to a reduction in the risk of developing breast cancer. Phytates are compounds that have been shown to reduce the risk of certain types of intestinal cancer.

The following is an article from our partners at Reuters on the connection between beans and cancer prevention:

(Reuters Health) – Getting a moderate amount of plant substances called flavonoids through the diet may be linked to a lower stomach cancer risk in women, but not men, according to a new study.

European researchers found that women with the highest intake of flavonoids were half as likely to develop the disease as were women who had the smallest intake.

“This kind of diet combined with less consumption of red and processed meat can be a good way to reduce the risk of developing stomach cancer,” added Zamora-Ros, a researcher at the Catalan Institute of Oncology in Spain.

Every year, about five out of 100,000 U.S. women get stomach cancer. The new findings don’t prove that flavonoids can ward off the disease, because other factors such as a healthier lifestyle may play a role.

The researchers note that past research has hinted that flavonoids may help protect against cancer, but few studies have focused on stomach cancer – the fourth most common cancer and the second most deadly, according to Zamora-Ros.

For the new work, published in the American Journal of Clinical Nutrition, the researchers turned to ongoing research following almost 500,000 men and women in 10 European countries. All of the participants were between 35 and 70 years old and had been part of the study for about 11 years.

During that time, there were 683 stomach cancers, of which 288 occurred in women.

Women who got more than 580 mg of flavonoids per day had a 51-percent lower risk of developing stomach cancer than women who consumed no more than 200 mg a day.

“If you look at absolute numbers, this risk reduction probably wouldn’t be as significant as if we were talking about colon cancer,” said Dr. Richard M. Peek, director of Gastroenterology, Hepatology, and Nutrition at Vanderbilt University Medical Center in Nashville. He was not involved in the new work.

Zamora-Ros said a person’s exact risk depends on several factors, including whether they smoke and drink, how much red and processed meat they eat and whether they are obese.

He added that the absence of a link between flavonoids and stomach cancer in men was a surprise, and might be due to differences in how much they smoke or drink or to hormonal differences.