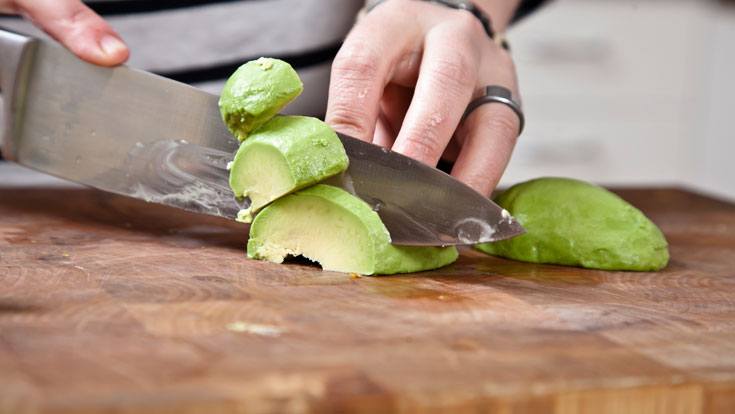 Comic book fans know about The Fantastic Four — Reed Richards, Sue Storm, Johnny Storm and Ben Grimm — who are exposed to “cosmic rays” while on a mission in space and return to earth with amazing super powers.

Fun stuff. Not based in much science, but fun nevertheless.

Avocados, on the other hand, have four powerful nutrients that make them a SuperFood, and their powers are all entirely science-based. For example:

Rich in Magnesium
Magnesium is an essential nutrient for healthy bones, the cardiovascular system (particularly in the regulation of blood pressure and cardiac rhythms), prevention of migraines, and prevention of type II diabetes. Ounce for ounce, avocados provide more magnesium than the 20 most commonly eaten fruits, with the banana, kiwi, and strawberry in second, third, and fourth place, respectively.

Rich in Potassium
Potassium is a critical nutrient that up until now has not gotten deserved attention. Potassium helps regulate blood pressure, and an adequate intake of this mineral can help prevent circulatory diseases, including high blood pressure, stroke, and heart disease.

Rich source of Folate
One cup of avocado (or a decadent serving of guacamole) contains 23 percent of the daily value for folate. Various studies have shown a correlation between diets high in folate and a reduced risk of cardiovascular disease and stroke.

Rich in Beta-sitosterol
In addition to their other heart-healthy qualities, avocados are rich in beta-sitosterol, which is a so-called phytosterol. Along with peanut butter, cashews, almonds, peas, and kidney beans, it is one of the best sources of beta-sitosterol from whole foods.

What’s phytosterol? That’s the plant equivalent of cholesterol in animals. Because beta-sitosterol is so similar to cholesterol, it competes for absorption with cholesterol and wins, thus lowering the amounts of cholesterol in our bloodstream. Beta-sitosterol also appears to inhibit excessive cell division, which may play a role in preventing cancer-cell growth. In both animal and laboratory studies, this phytonutrient helps reduce the risk for cancer.

Now that’s some super science we can get behind. 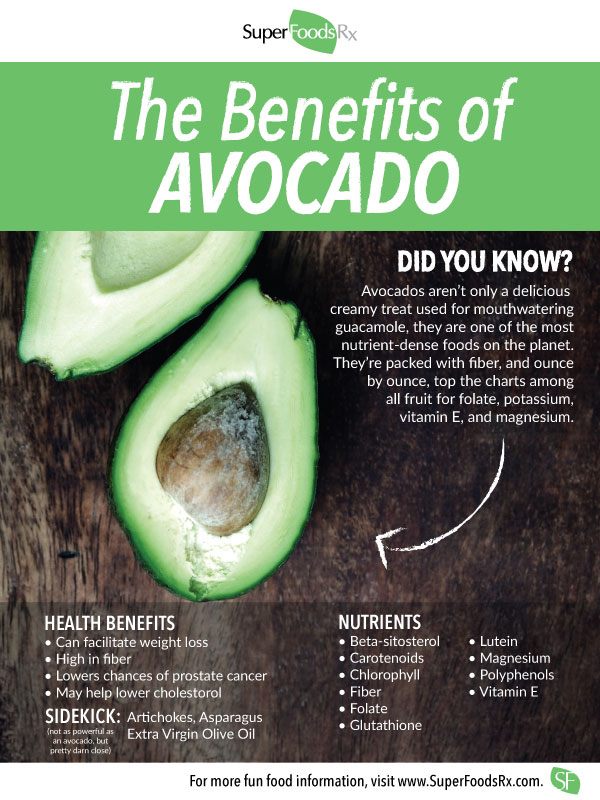